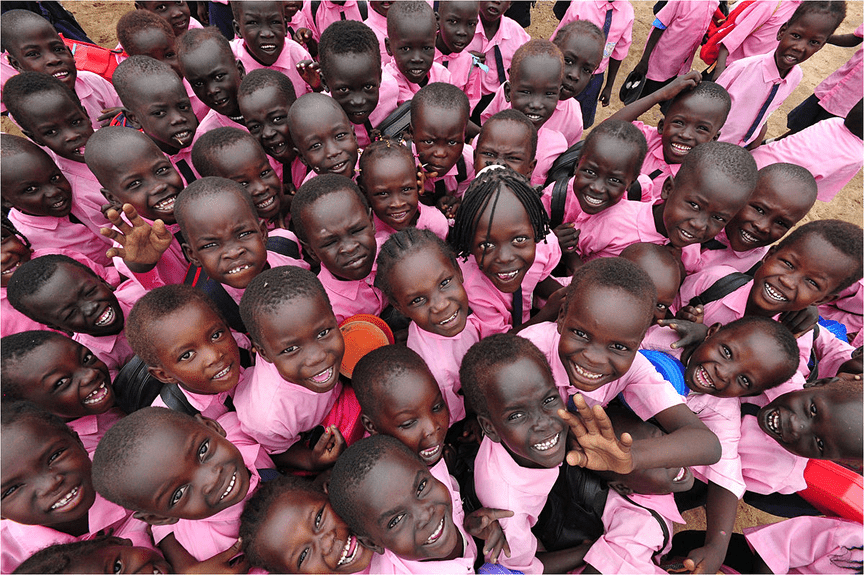 Our nation of South Sudan has been birthed with great pain. We have freed ourselves from oppressors and from foreign powers. The battle has been at a great price of suffering and the deaths of many of our brothers and sisters. While we can take pride in that which we have accomplished, we owe it to those who have fought and died for our freedom that we do not allow our egos to distort victory into feeling that we are somehow better than others. No state, no tribe, no community has a claim on this shared accomplishment. It is all of us working together who have created our country. For us to build a better nation, we must avoid politics—especially negative politics—of identity or locality, because such beliefs pull people towards their lowest values rather than their highest achievements.

Negative politics in which one doesn’t recognize the contributions of others but rather belittles them leads not to shared growth but to rancor and disorganization. We of South Sudan are no exception to that reality. Too often we identify ourselves only with those like us, those from our own culture, those of our own inner circle. We forget that the shared burden is the one most easily borne and the shared difficulty is the one most easily overcome.

The generation that precedes us has accomplished tremendous things—things way beyond any reasonable expectations. But it is time to stand on their shoulders and to see beyond the limits of their vision. We must recognize and overcome the resistance with which history had burdened them. We must believe that the best is yet to come. We are obligated to work towards that ideal, which means the formation of a transitional government of national unity.

As we move towards the national election of 2018, which was agreed to in the compromise peace agreement, we must work together as one team, as one South Sudan, to promote both pride in our nation and progress towards a country in which every group is valued and cherished. To do that, we must recognize that no tribe’s interests should be held above those of all. From the smallest tribes such as the Bongo, Uduk, Didinga, and Murle to the largest like the Nuer, Shiluk, Dinka, Azande, and Bari, our goal must be to build a better nation; our rallying cry must be “One Nation Out of Many Peoples.”

The election of 2010 legitimated the current government. It is, whatever the flaws and faults, a democratically elected institution. But, it left many issues unresolved and much room for conflict and argument. Sadly, that election left us with an opportunity missed. We have not capitalized on the enthusiasm and pride which has grown in our people since the referendum of 2011 which lead to our separation from the rest of Sudan. However, it is not too late. It is not too late for our leaders to show that mutual trust and respect are possible. It is not too late for our leaders to show to our people as a nation and to the nations of the world that we can work together, can find ways to share our country’s wealth and our country’s problems can put the disaster of civil war behind us in order to move forward.

We are a nation of resilient people, of diverse people We are a country of people with deep regard and respect for others. From tribe to tribe and community to community there is a fundamental belief in welcoming others and in working together. It is time for our leaders to draw on those strengths and values.

We are also a nation that possesses great natural wealth. We have the potential to use that wealth for the betterment of all—especially for those to come after us. But, to use that wealth wisely and justly requires a sense of national pride and national will.

In order for there to be a good government that unifies us all, it is important that Vice President James Wani Igga, First Vice President Dr. Riek Machar Teny and President Salva Kiir Mayardit join together in a common effort. Drawing on Compromise Peace Agreement, which the Troika (US, UK, and the Kingdom of Norway), the international community has midwifed, and regional entities such as the Inter-Governmental Authority for Development and African Union, our leaders must together embrace the work that lies ahead. And, we as a nation must support them in that endeavor.

While that effort moves us towards a sense of national oneness, we must encourage new leaders and thinkers to offer ideas as to how to move the country forward. We must look not only to the election of 2018 but to the creation of a political process that will allow South Sudan to take her proper place in the world, a place of greatness, possibilities, and respect for all.

Our goal must be to build a better nation; our rallying cry must be “One Nation Out of Many Peoples.”

Deng Mayik Atem, one of the “Lost Boys of Sudan,” is currently Secretary General of the South Sudanese Community Association in Arizona. A graduate of Arizona State University, Mr. Atem has dual citizenship in the US and South Sudan, and recently visited the country of his birth to see family he has not seen for over thirty years and to attend a Twic State Conference on governance. He is currently writing a memoir, “A Different Warrior”.  he is reachable at azdengatem@hotmail.com