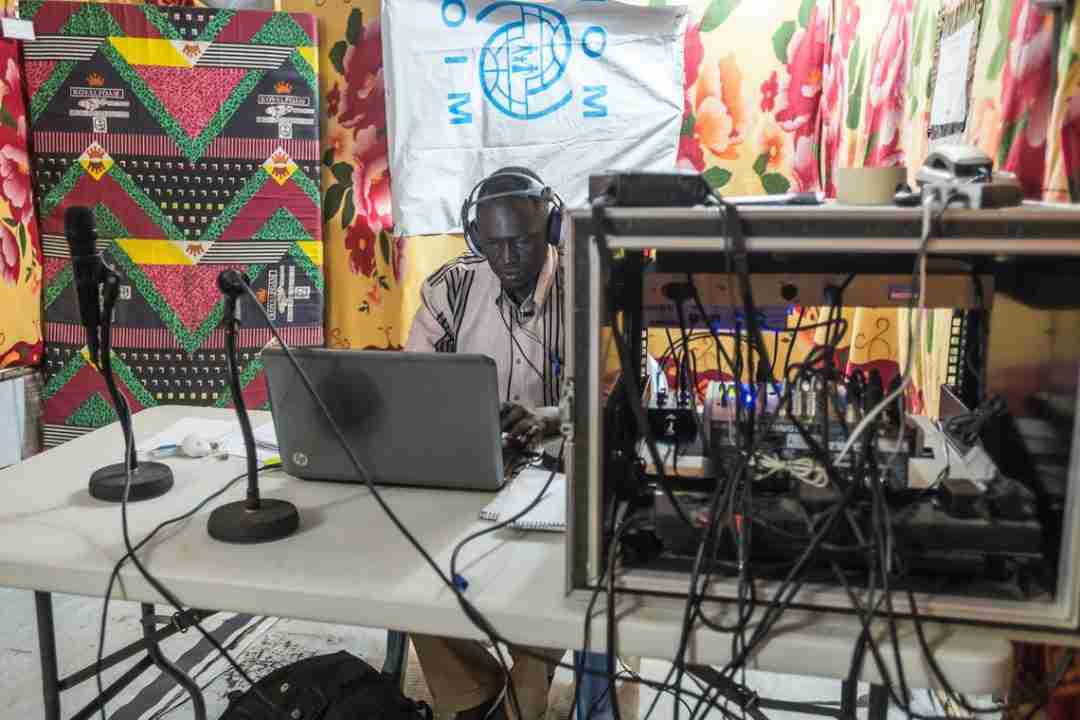 Inspired by the example of a Haitian radio station that, following a devastating earthquake, stopped regular programming in order to tell listeners where to find water and shelter, a UNICEF worker in rural Uganda had an idea.

His name was Chris Csikszentmihalyi. He had noticed that Ugandans living in rural areas would go for a long time without recharging their cellphone credit, and that they listened to the radio from sunrise to sunset. This spurred the idea of bringing these two things—smartphones and the radio—together in a way that no one had done before.

With the help of Jude Mukundane, a Ugandan telecom expert, Csikszentmihalyi created a “radio in a bucket,” a low-tech local broadcasting system that villagers could use to share information and serve local needs, such as HIV education, agricultural information, and even classified listings.

My colleagues and I at the Journalism and Media Lab—a.k.a. “JamLab”—know that there are hundreds of stories like this across the African continent. And we believe that by raising awareness of this work, others throughout the African continent could be similarly inspired.

Since 2017, JamLab has worked to connect like-minded media innovators, journalists, and social entrepreneurs in order to give them the opportunity to engage with one another on subjects that typically do not get the exposure they deserve. We have provided reviews of new newsroom and reporting technologies by working African journalists. We have interviewed leading innovators like Rodney Sieh, who launched an independent newspaper in Liberia, and Yusuf Omar, who has launched a new global mobile storytelling initiative. We have run workshops on African research on fake news and on launching new journalism startups.

We also hosted six teams in our first accelerator program, which sets out to bring new media services to South Africa and to address some of the broken parts of the media ecosystem. Nelisa Ngqulana, for example, has developed IndabaNet, a new platform to connect freelance journalists in the many areas of South Africa that are too often neglected by national newsrooms in South Africa. She is one of three entrepreneurs in the program who succeeded in garnering investments in order to continue to develop her venture.

JamLab’s story is just beginning. Building a knowledge hub for innovations like Csikszentmihalyi’s and Mukundane’s “radio in a bucket,” sharing newsroom tools and skills, and collaborating with media startups is not easy—but it is needed. African journalists and media houses face many of the same problems familiar in the rest of the world: shrinking newsrooms, failing business models, and threats from governments and global internet platforms.

As recent reports from Omidyar Network show, there are also gaps that need to be filled in building up a network for support and learning that can strengthen their responses to these challenges. JamLab is already making a contribution.

The Journalism and Media Lab is a grantee of the Open Society Foundations.