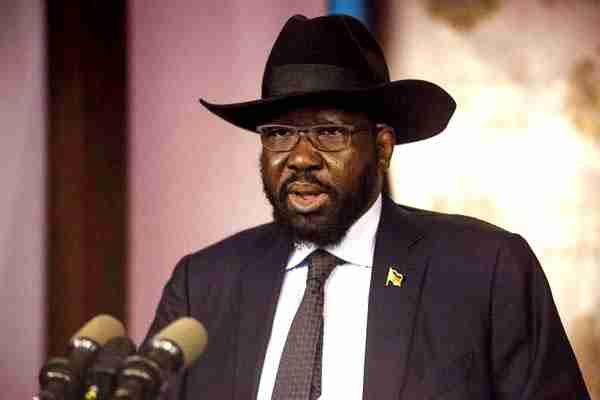 During the past four years, South Sudan has suffered terrible bloodshed. While the Western press has presented it as a conflict between the Dinka and Nuer peoples, those of us who actually come from South Sudan know that the vast majority of both those tribes have no desire to fight. We also know that there are other conflicts going on within the larger tribes especially between regions and of course often there is aggression shown towards the smaller tribes that add so much to the wonderful tapestry that is our nation. If there is one thing that I hope we can all—especially those of us who are scattered around the world—can agree on, it is that it is time to end the fighting. It is time to move our homeland forward, to use our resources not to fight among ourselves but to develop our nation. We need infrastructure, education, and healthcare, not guns, injury, and death.

Salva Kiir has been president of South Sudan since our country’s vote for independence. Of course, Dr. John Garang would have had the honor if he had lived, but his loss catapulted Kiir into the first place among our countrymen. It was under Mr. Kiir’s leadership, we accomplished self-determination. He led us through the process, a time during which there were so many possibilities of conflict. He brought the militias that had opposed the SPLM into the national fold.

In 2013 the alliance among SPLM leaders broke down. Like the old woman who built a house for her daughter and then went to decorate it using a burning torch only to burn the house to the ground, the SPLM leaders caused a conflagration that has left death, destruction, and uprooted lives.

Can those same leaders, especially President Kiir find a way to make a new peace among the factions? First, peace can only be reached if all the tribes, regions, states, and communities feel that they are represented. We need a new national convocation, one at which questions such as how the country is to be divided into states and regions can be resolved. We need a commitment not to the continuation of personal power but to the sharing of power. We need a commitment not to the past but to the future. As part of that commitment to the future, education and training must become a priority.

That education and training must include not only preparation for the future and for taking part in the modern world of work but also an appreciation of the past and of our varied and rich culture.

We must not give up our past as warriors. The tribes of South Sudan have a long and proud history as warriors. However, we must also prepare our people for a future of peace and cooperation. As we the people of the South Sudanese diaspora have learned to work together in our small communities throughout the world, our families at home must learn that we can all be friends.

We of the diaspora have a responsibility to call on those we have left behind and on the leaders of our country, including President Kiir, to work together to build a new coalition of our people. We must ask those leaders if they are up to the job. We must demand that they stop the importation of guns and begin the process of healing.