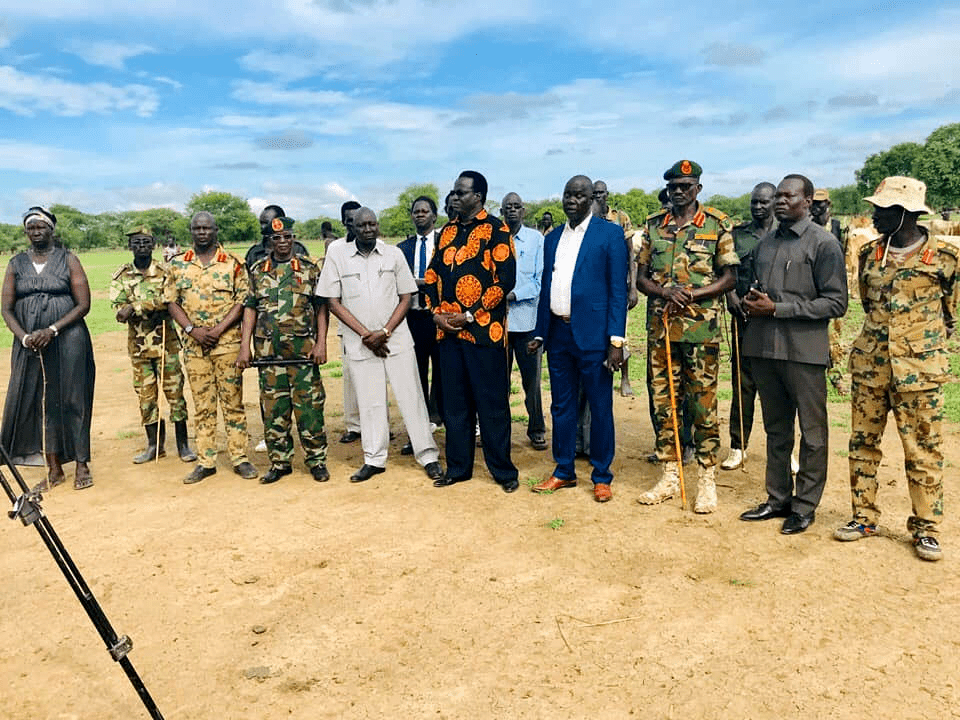 The conflict between tribes, especially the Dinka and the Nuer grinds on. Sometimes it is as if the war for independence was never won. Instead of the Murraleens raiding from the north, bands of Dinka and Nuer raid one another’s communities, raping, killing, and stealing as if we are bitter enemies rather than brothers and sisters in the same land.

If the soul responsibility of any government is to solve the problems of its people, then South Sudan has a failed government.

In order to rationalize the failure of Juba to solve this internecine warfare, the standard position is that the violence is due to restless and irresponsible youths. Were that the case, then how do these “youths” get the weaponry to not only fight one another but to terrorize our people. Clearly, there are leaders organizing and financing the bloodshed. Instead of the government engaging these young people and enlisting them in the building of a new country and encouraging them to get the educations that our people so desperately need, the government has failed to reach out. Instead, local leaders who are looking to get paid off by the central government egg their local young men into battle.

The conflict within the central government itself works against any concerted effort to stop the violence. Indeed, the government cannot even put effective army units to serve as buffers between warring factions because that would require a shared will in Juba.

While our country hopes for a revitalized peace accord, tribal and ethnic militias carry out cattle raids and other vicious attacks on innocent people. So far there have been raids and conficts in Bahr el Ghazal,  Equartoria and Upper Nile, especially the recent clashes between Northern liech state and Twic state. The ground is soaked with the blood of our people. Meanwhile, the selfish who care only for what they can get for themselves profit from the failure of our government and political system.

It is time for all South Sudanese to ask ourselves what kind of peace do we want. It is time for us to demand that all leaders, political in Juba and local, work towards that peace. The central government led by President Kiir must step up and take real and effective steps, starting with the deployment of troops to serve as a buffer in the more conflict-ridden areas. There must be a clear campaign to discredit cattle raiding as unpatriotic and destructive of our national unity. There needs to be restriction on the purchases of weapons by local leaders and bandits. It is imperative that reconciliation efforts begin and that means creating multi-tribal boards to work to uncover and resolve local inter-tribal issues. The recent Mankien Conference which brought together Northern Corridor bloc of Gogrial, Northern Liech, Tonj, and Twic states is the first genuine step to end all these cycles of attacks and raids and it need the central government to provide logistics support to the states governments.

For too long the government of South Sudan has been squandering our nation’s wealth. Money that is going for arms and land rovers can instead be used to make potable water and usable electricity widely available, to develop infrastructure and invest in business and education. A system of mentorship could be used to help young men and women learn how to take part in a modern economy.

There is much work to be done. It is time for the people of South Sudan to demand that our nation’s government pick up the tools and roll up their sleeves. It is time for the politicians in Juba and the sultans and other leaders in our communities to take responsibility for our country’s future. Let us raise our voices and demand that our leaders solve our national problems or move out of the way and allow a new generation of leaders to come forward.

Editor and Publisher of Ramciel Magazine.