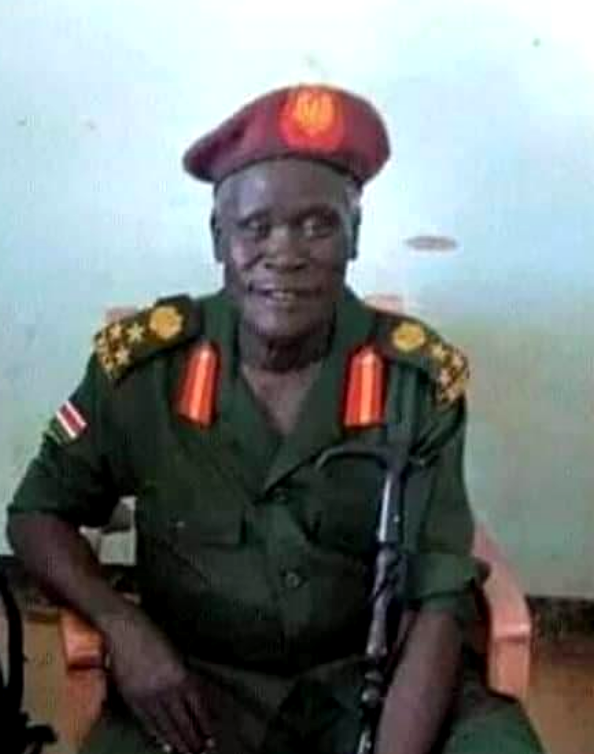 Deng Kuot Thiech, known by South Sudanese and most of the world as Deng Fanan, was a dear friend and a great inspiration. He died on Saturday, July 5, 2019. His music provided a link to our culture no matter where we were.

His songs sharpened our thinking and imagination and reminded us of the heroes who struggled so that South Sudan might be free.

His music ranged from traditional, church, Guerrilla moral songs, to political. Deng’s music continues to connect us to past political and spiritual leaders and reminds us of our country’s struggle and those who made great contributions. His humility and humor made him a loved figure who was listened to for his messages as well as his music; messages of encouragement to carry us through hard times.

I saw Deng Fanan perform several times in Pinyudo, but I met him when Dr. John Garang visited the camp in 1990. How we roared when Deng took the stage and with great energy we sang along — his songs electrifying and motivating us all. As he sang and we joined in, John Garang nodded his head in approval, keeping time to the music. At that moment, Deng Fanan’s music touched the soul of our cause and assured us that a solution was possible.

In December 1992, Deng Fanan stopped by our house in Kakuma. I was living with Paul Akech Deng at the time, and Deng came was carrying a pair of trousers on his shoulder. “I have to take these to the market. The zipper is broken,” he told us. I took the trousers and fixed the zipper, which impressed him.

He started to talk with me, telling me that he had visited my area some years before. But we discovered he had the wrong area because he thought I came from Twic Bor in Jonglei.

“Makur, Deng Columbus is from Gogrial and he’s your nasip,” Uncle Akech Deng interjected. After that, Deng Fanan called me MaColumbo. Always there was affection and a hint of laughter in his voice.

I last saw Deng in December 2018 when I stopped by his residence in Gogrial. I had returned to South Sudan to help register Ramciel Magazine and wanted to see my friend and inspiration.

Deng Fanan was a bit put out that I hadn’t given him advance notice. “You are my favorite son, MaColumbo, and it would have been nice for you to spend the night here with me.”