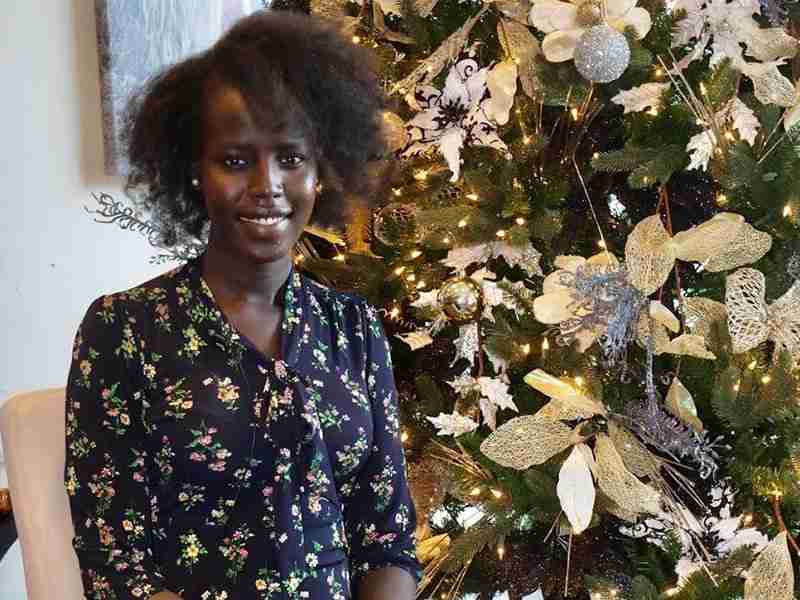 The self-published book of poetry she wrote and published in 2015, The Fire Within, says it all about the extraordinary creative life she’s lived before you even read a word of it.  “Half is in English,” says Nyabuoy Gatbel, “and half is in my language.” 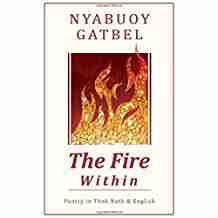 Gatbel is South Sudanese by way of a refugee camp in Ethiopia, where she was born in 1993, and lived the first eight years of her life, prior to emigrating with her family to Calgary in 2002.  Her poems are a blend of the prosaic and mini-narratives, poetry stories, that explore that incredible journey—and her somewhat startled discovery that Canada has some traumas of its own that it’s trying to reconcile, with varying degrees of success.

“It’s about refugee culture,” she says. “What I saw in the camps, things like racism and colourism—and isms that exist here in Canada as well.”

Why poetry? She is asked.

“It’s a nice way to communicate an idea,” she says. “If I put it in a way it rhymes—it could be a song, it could be a rap—it’s the creativity aspect and that’s why I chose that form of writing.”

That includes a YouTube channel where Gatbel downloads short films, along with video features that address issues faced by members of her community, many of whom are trying to make the adjustment to a completely new culture at the same time they are trying to heal from the traumas they escaped.

“Every now and then, I do bi-weekly interviews on things I think can help the South Sudanese community,” she says, “like inter-generational trauma, poverty, healthy minds, and stuff like that. I use that medium to break barriers because I realized, someone may not have the confidence or time to read about something—but if they can go on YouTube, they can watch a video about a topic that might interest them or change their lives.”

Then there’s a new effort she’s undertaken to enlist South Sudanese women—to join a jewelry-making collective, in order to harness creativity, express beauty and maybe even make some money.

“We’re focusing on South Sudanese women,” she says. “We want to empower the women in the community, so they develop tools to shape the society they live in—because those sorts of tools promote things like mental health and spiritual health and emotional well being.

When she’s not engaged in her creative life through managing a jewelry-making collective, publishing poetry, or uploading content to her YouTube Channel, Gatbel also has a couple of other significant creative outlets.

One is academic and intellectual. She is studying at the University of Calgary, majoring in developmental studies.

“You look at things like urban anthropology, sociology to explore how to create a better society,” she says. “How you can see society develop from many different angles.”

The other is modelling.  “I started when I was 16 and I’ve just been doing stuff locally, little fashion shows here and there,” she says (although she is now travelling internationally, as far away as Australia). “The idea was, again, to bring diversity to an industry where we’re not really represented most of the time—so I just wanted a different experience.

“Whether it comes to design or just to walking the runway, I wanted that representation as a South Sudanese Canadian,” she adds. “Because this is my city, too—and I would like to see interconnection between fashion and other sectors as well.”

That raises the topic of the gap between how people perceive Calgary as a corporate, mostly-white company town focused around the Stampede, and what it actually is—a big small town of over 1.2 million that’s one-third visible minorities.

Gatbel might not have the data at her fingertips, but something else verifies that fact: her palate.

“All my favourite foods from different cultures are here,” she says. “I don’t have to struggle to find food I love, whereas if you’re in the Midwest, in the US, it’s hard to find stuff. They have many different cultural communities, but the way they do their food is a little bit different.

“Calgary has a lot of diversity and a lot to offer,” she adds. “If only people could fully realize that what we have here is so good instead of looking elsewhere.”

Why she is asked, is it important to live a creative life?

“Because my own belief is that everybody on earth is a creator,” she says. “We are meant to be creators. I don’t think we’re just meant to work nine to five and die.  “We’re meant to have a holistic life where family and work and art and philosophy and business—everything—intertwines. I feel like if all of us on earth were to express ourselves in a creative life, we would get rid of most of our problems.”

About The Storytelling Project

On November 16, 2015, Calgary Arts Development hosted a working session with approximately 30 creative Calgarians from various walks of life. Many of the small working groups voiced the need to gather and share more stories of people living creative lives.

That need has turned into The Storytelling Project.

The Storytelling Project raises awareness about Calgarians who, by living creative lives, are making Calgary a better city, effecting positive change and enriching others’ lives.