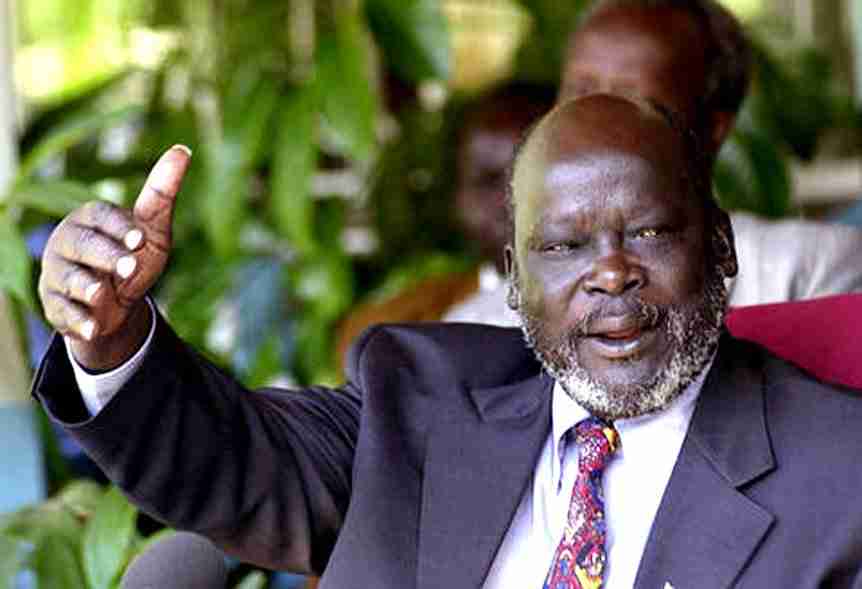 Paying homage to our nation’s first and greatest leader: Dr. John Garang, the man who will be immortally remembered…

In Juba for a few days, I had an opportunity to visit Dr. John Garang de Mabior’s grave. My cousin William Akuei drove and my friend Akol Arop accompanied me. We went to pay homage to our nation’s first and greatest leader.

Devoted to the rights of all Sudanese regardless of tribe, language, religion, or background, Garang led the SPLA/M during the dark days of civil war and into the sunlight of independence. So pivotal was his role that President Salva Kiir Mayardit and the South Sudanese legislature decided that his and only his likeness would be on every denomination of South Sudanese currency. More importantly, in every debate and argument that shakes our new country, Garang’s voice—sadly stilled by a plane crash, a crash we remember with sorrow every July 31—still can be heard counseling agreement and mutual understanding.

Yes, we have had other leaders and heroes. Perhaps someday our country will have other monuments to them. Indeed, we need one in Juba and maybe another in Bor, where our struggle for independence began. But, looking at the monumental statue of Garang, I knew that no other hero, no other founding father, will ever give more direction to our nation. 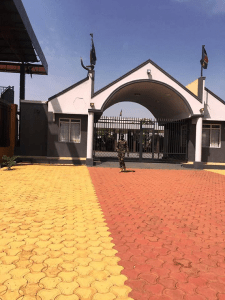 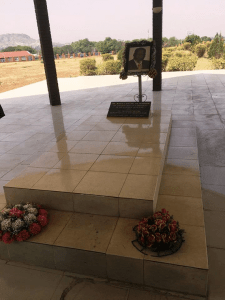 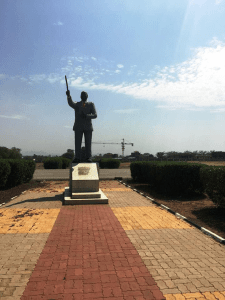 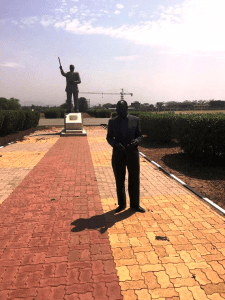 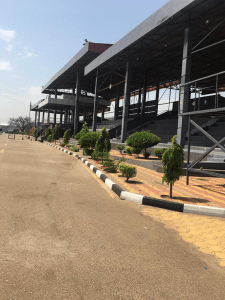 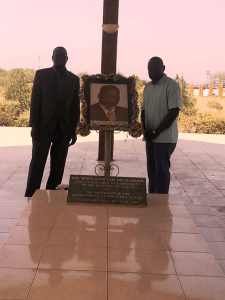 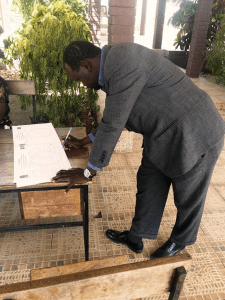 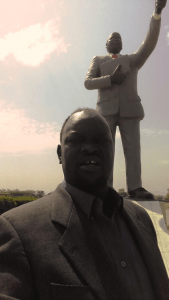 During the years I spent in the camps in Ethiopia and later in Kenya, I had been present sometimes when John Garang spoke; and, of course, I heard many stories about our leader. However, it was only in 2004, in Phoenix, Arizona, USA, that I met him and I had a discussion with him. It was at a conference in which he was our guest of honor. Garang and his wife sat across the table from me. The topic of discussion that day at our local lost boys Center in Phoenix was how Kenya was dealing with people such as myself who had been in the camps and then left the country. Many of us wanted to return to visit friends and family whom we had left behind.

Kenya was not welcoming. Few of us at the meeting were impatient, demanding solutions. With characteristic patience, calm, and understanding, he reassured the group that this problem too would be solved. John Garang was not one to be easily diverted from his vision. He worked tirelessly for the distant goals of not only a genuinely independent country but one that could hold its proper place in Africa and the world.

Standing in front of the simple stone marker that commemorates his life, I uttered a prayer. As befits a hero of Africa, I prayed in Dinka, his and my native language, and invoked our hero’s spirit. I asked him to watch over us all just as I had as a child prayed to our family’s jok. Then, I added a second prayer, a Christian one asking God to be merciful to this great man who had helped to give me a homeland and a purpose in my life.