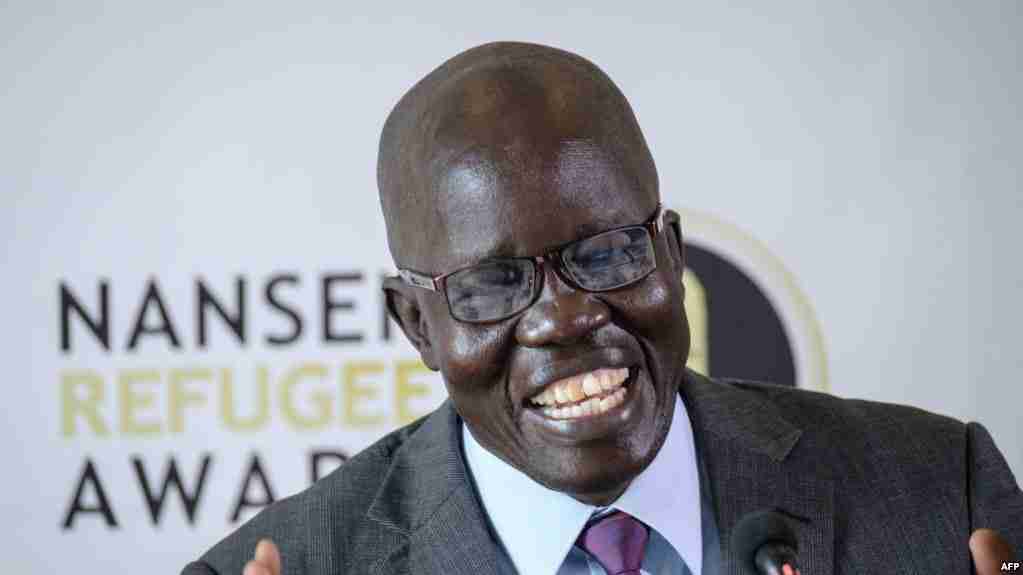 A South Sudanese surgeon has been named the winner of a United Nations award for assisting refugees.

Evan Atar Adaha received the 2018 Nansen Refugee Award for 20 years of giving medical care to people fleeing Sudan and South Sudan. The award is presented by the UN Refugee Agency or UNHCR.  Adaha, who is age 52, is based in the town of Bunj in northeastern South Sudan. There, he runs the only hospital still in operation, which serves around 200,000 people.

Babar Baloch is a representative for UNHCR. He told VOA that Adaha’s hospital is surrounded by an active conflict area. He said the doctor provides medical services under very dangerous conditions.  “The only line of defense he has is his reputation and his humanitarian work. Luckily, so far, his work has been respected by all sides. His clinics open for all sides, whoever needs his assistance.”

Baloch said Adaha and his medical team perform around 58 operations each week with limited supplies and equipment. He said the doctor may be called at any hour and sometimes sleeps only one hour each day.  Resources and conditions in the hospital make Adaha’s work extremely difficult. Much of the equipment is broken. The surgical theater is lit by only one light. Electricity comes from generators that often break down. The hospital is often too crowded with patients. 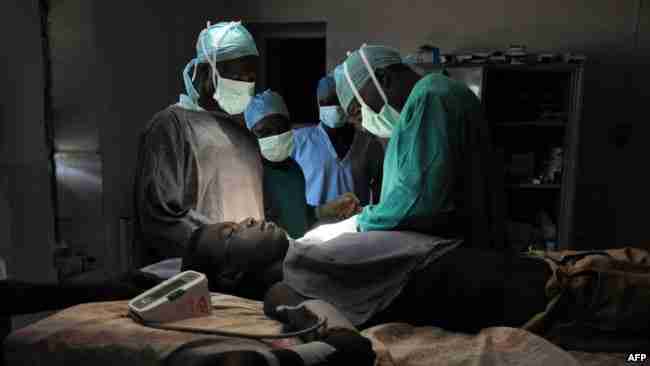 FILE – Evan Atar Adaha performs a surgery on a Sudanese youth at a hospital in Kurmuk region of Sudan’s Blue Nile state, Oct. 10, 2011.

South Sudan’s civil war is now in its fifth year. It has killed tens of thousands and caused more than four million people to flee.  Filippo Grandi leads the UNHCR. In a statement, he called Adaha’s work a “shining example of…humanity and selflessness.”

Adaha was born in Torit, South Sudan. As a young man, he earned an award to study medicine in Khartoum, Sudan. Later, he practised medicine in Egypt.  He returned home in 1997 to establish his first hospital in Kurmuk, a town in Sudan’s Blue Nile state.  Increased fighting between Sudan’s government and rebels forced Adaha to flee Kurmuk in 2011. He moved with his workers and equipment to Bunj in Upper Nile state, where 300,000 Sudanese refugees live in temporary housing.

UNHCR’s Nansen Refugee Award honors extraordinary service to refugees. Recent winners include Sister Angelique Namaika from the Democratic Republic of the Congo and Zannah Mustapha, a lawyer and mediator from Borno state in northeastern Nigeria.

The 2018 award ceremony will be held October 1 in Geneva, Switzerland, with a speech delivered by UNHCR Goodwill Ambassador and actor Cate Blanchett.  The Nansen Refugee Award is named for Fridtjof Nansen, a Norwegian explorer, scientist, diplomat, humanitarian and Nobel Peace Prize winner. Award winners receive a medal and a $150,000 prize.

John Tanza reported this story for VOA News. Lisa Schlein contributed to this report from Geneva. Alice Bryant adapted the report for Learning English. Kelly Jean Kelly was the editor.