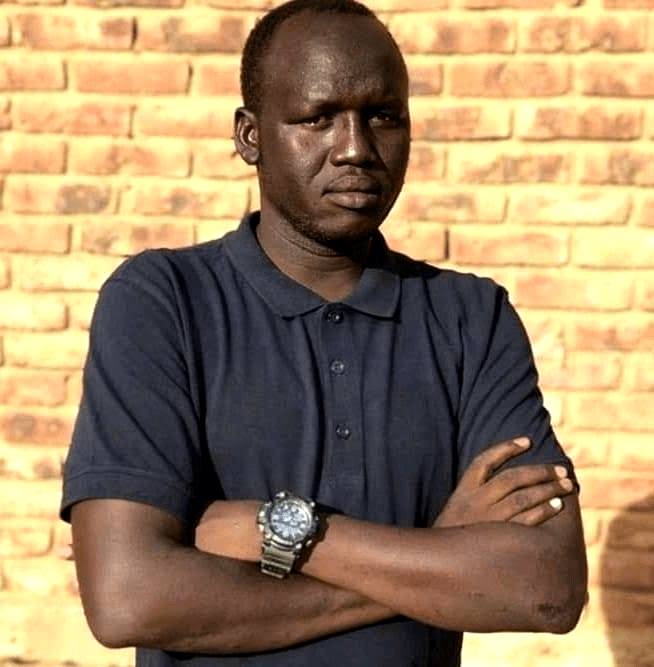 Marko Makat Deng remembers watching his father’s cattle as a boy in the village of Wungop. He also remembers his father listening to the news on a transistor radio. The voices that came out of that little box fascinated Marko and the fact that his father listened so intently to them made them seem even more important than the voices of the people whom he heard talking every day. So fascinated was the little boy that he made himself a toy radio and pretended that he too was listening to the news.

It was only when he went to school that Marko learned the word for those people talking on the radio, journalists. From that day, he wanted to make journalism his career. That career choice was reinforced when young Marko watched SSTV, which is now SSBC-TV. He loved to watch Garang John and knew that he wanted to do the news with the same skill and gravitas. 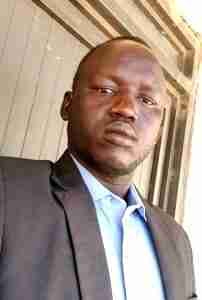 In 2016, Marko had the opportunity to study journalism and radio presentation at the Yei Educational Professional Skills Centre, where he completed a three-month certificate. Now, he is continuing his studies in journalism and mass communication at the University of Juba.

Having discovered the internet and Facebook, Marko began posting stories in 2016. In 2017, he created Twic Media Reports as his platform for reaching a larger audience. His goal from the start has been to offer grassroots journalism, stories from local communities that should be heard by the rest of South Sudan and the world.

Usually, such stories are ignored by the national and international press. While Marko is from Twic State, TMR is not limited to Twic alone. He tries to cover the surrounding states as well.

Sometimes, but not regularly, he also tries to report on national news. But, always, the emphasis is on stories from smaller communities and of course how outside events will affect those communities.  Of course, politics is part of TMR’s coverage, but Marko wants to cover humanity.

He wants to encourage peace, education, economic growth, and of course sports and culture. His view is that journalism must not just address problems but also share and support what is positive. That said, he does want to use his voice to fight corruption, to support human rights, to encourage equal education for women, and especially to fight gender-based violence.

Although Marko sees the future of journalism being primarily on the internet, he still loves radio broadcasting and hopes to expand TMR both online and on-air. So far, Marko has carried the full weight of supporting TMR on his own shoulders, but he hopes that others will see its importance and contribute.

Not only does he need equipment, but he also needs ways to encourage him many volunteer reporters from local communities. It is they who provide the trustworthy, accurate, and impartial information that Marko prizes.

Marko Makat Deng can be found on Facebook or by messaging him at Ramciel Magazine. For a young man of only twenty-six, he has already proven himself as a South Sudanese who has much to offer.