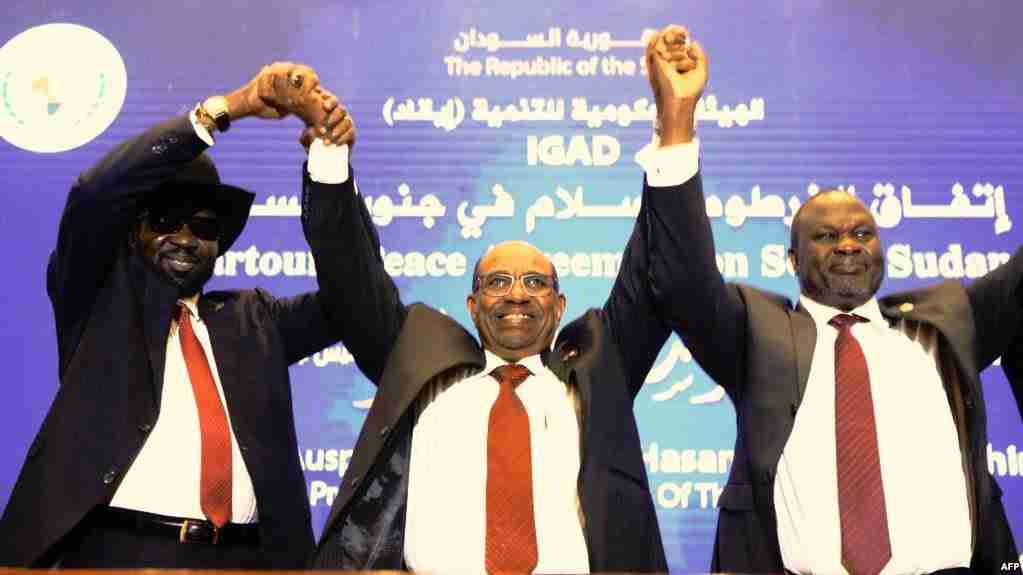 Suddenly the two major battling sides in South Sudan have agreed to a peace plan. The tri-partite Western powers, the USA, Britain, and Norway, had tried to bring about peace and failed. IGAD had tried and also failed. Now, unexpectedly, there is a peace deal, one brokered by somebody who has never particularly been a friend to Junubin. What happened and how? What is motivating the people involved? Such questions have to be addressed.

First, let’s ask what is motivating Omar al-Bashir. Obviously, Sudan wants access to our nation’s oil. The new agreement not only resumes the flow of that liquid gold, it even allows al-Bashir to station Sudanese troops on South Sudanese soil to protect that flow. Another liquid is also important to Khartoum, the water of the White Nile. With sub-Saharan water becoming increasingly valuable in Egypt, being able to influence the availability of that water serves al-Bashir’s goal of being a major player in the world.

There are other reasons for al-Bashir to want to play a major role in South Sudan. One is the historic connection between the SPLM and the SPLA in the North. In Darfur, Nubia, and the Blue Nile region there is opposition to his rule. Having the government in Jubba in his debt certainly helps al-Bashir to limit the assistance given those rebellious groups.

Then there are Arabization and Islamification as goals. For many years, the Arab/Muslim populations of Sudan have tried to influence the various tribal societies of South Sudan. This attempt to influence us has encouraged many Junubin to convert to Christianity, especially when such conversion helped bring support to the SPLM from Europe and America. Over time, the issue of religion and the desire to make us an Arabic speaking country have been major goals of the government in Khartoum. Encouraging disruption in South Sudan and contributing to those who wanted to rebel against Juba have long been among al-Bashir’s policies. Now, he sees that those same objectives can be better served by brokering this peace and having both major groups under his influence.

Why now? Why has al-Bashir’s best policy become to broker peace instead of supporting rebellion? Quite simply, this is the unintended consequence of America’s attempts to control the out-of-control downward spiral of South Sudanese politics. First under the Obama administration and then even more firmly under Trump’s White House, sanctions have been imposed on our homeland. The purpose of those sanctions has been to stop the flow of money so that the various sides could no longer buy weapons. This even included pressuring other countries such as Qatar to withdraw loans and other support. The resulting financial desperation has made it essential for Salva Kiir Mayardit to seek peace. After all, without the sale of oil and without financial assistance from other countries he not only cannot provide for our people but he also cannot afford to pay his soldiers and supporters or to buy new munitions.

On the other side, the supporters of Riek Machar have long been beholden to al-Bashir and have had to listen to his demands. Since Riek has been trapped in South Africa, he has more than ever been dependent on al-Bashir. After all, without Khartoum’s intercession, he would basically be removed from the political process in Juba.

So, the time was right. Both sides need al-Bashir and the rest of the world has thrown their hands up in frustration. Hence, he has been able to broker this peace. But, will the peace work? While everyone hopes it will, it is at best a fragile arrangement. Appointing five vice-presidents will not give more power to those on the outside but will rather dilute the power of any opposition to Kiir. One immediate problem is that this may well make the Dinka people believe that the presidency and its power are essentially theirs and not to be shared. That has got to lead to outrage in the southern part of the country and potentially to the country dividing. Of course, that would lead the non-Dinka, especially the Equatoria regions and other non-Dinka in the northern part of the country. Could that re-division of the country be al-Bashir’s end game?

What South Sudan needs is not some momentary patchwork peace that is primarily cosmetic and designed to make the rest of the world think that al-Bashir has worked a miracle but a real unification. Towards that end, South Sudan needs to rework our constitution so that all tribes and regions share power. Another is to work towards a real reconciliation among the tribes and communities which have suffered during these years of rebellion. Finally, a plan must be put in place that all foreign assistance and oil earnings be distributed in a manner that is equitable throughout our nation and that it be used to better the lives now and in the future of all our people.

It is only when all Junubin share in the future of our country that we will know a true peace.