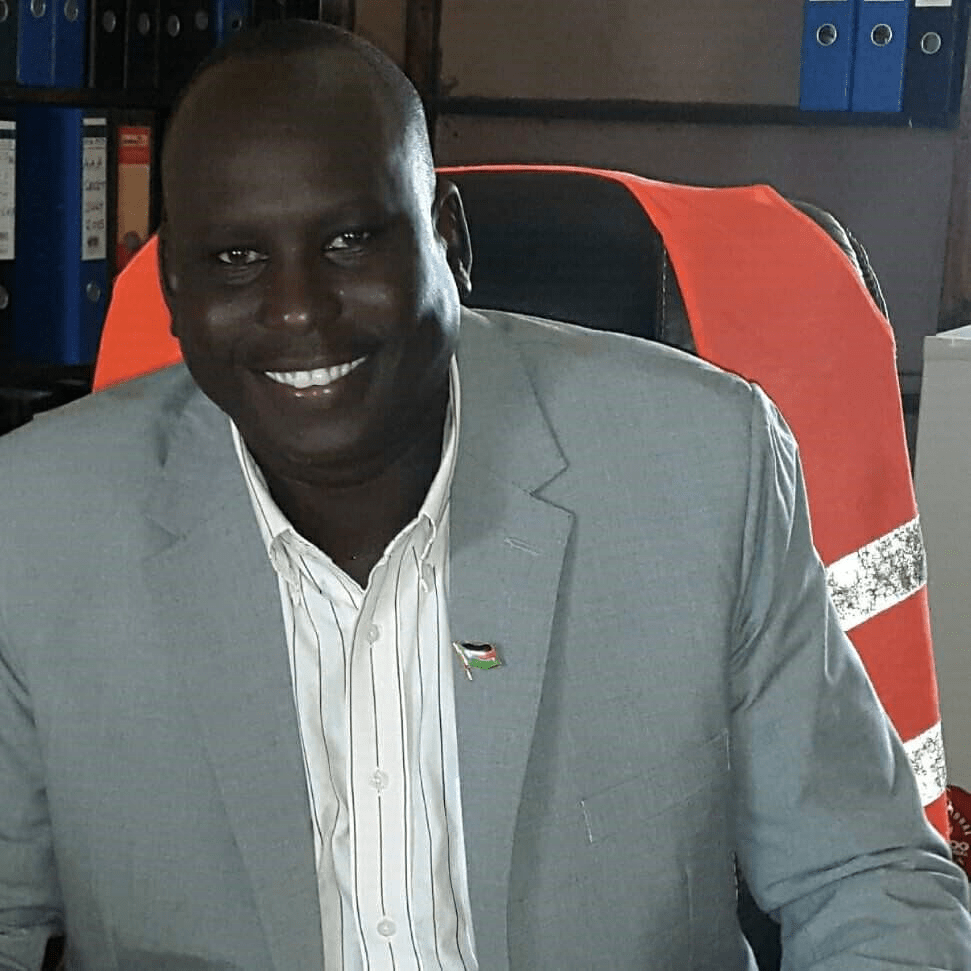 First and foremost, I would like to thank Mr. Deng Mayik Atem for asking me to write something to our community in Diaspora, and it has taken me while thinking about what is best for me to write about and try to contribute positively to our community, and finally, I thought the best thing I can do to help is to try to highlight the role of Diaspora in nation-building and I don’t claim in any way to be an expert on the subject matter but is my humble tried to draw from my own experience as someone who was once part of the diaspora community and now working and living back home in South Sudan and sees how this experience and other Communities experiences can help guide our community to play a better role in nation-building.

Without a doubt the South Sudanese diaspora community in the United States of America, has played a big role in contributing to Independence of South Sudan, through lobbying the host country Government and highlighting the suffering of the people of Southern Sudan, wish let to the passing of the Sudan peace Act ( Pub.l107-245) and signed into law on On Sept 21, 2002, the President of the United States of America, George W Bush, signed the Sudan Peace Act into law. That law led the way to the signing of the Comprehensive

Peace Agreement in 2005 and subsequently to the independence of our country on July 9, 2011. Mr. Bush’s signature on that law represented the culmination of great effort on the part of South Sudanese in the United States an effort that had included lobbying for the law and making sure that the people and the government of the United States understood the suffering of our people under Sudanese control. 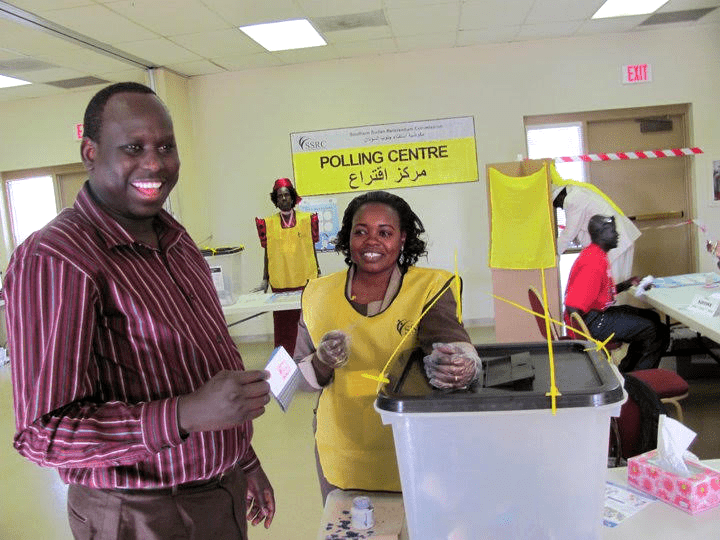 After independence, many members of the diaspora in the U.S. and in other countries felt that the job was done, that independence had put Juba in the right direction. Sadly, there was and continues to be much more to be done. Although I have returned to our homeland, I am still in contact with people in the States and throughout the diaspora and I want to use the kind invitation of Ramciel Magazine to share my views to deliver a call to my compatriots around the world. There is still much nation-building to be done. The diaspora community has much to do.

First, there is the economic contribution. Many South Sudanese living in other countries sends money back to our nation. Much of it is helpful for family members and others who need assistance. That money makes a great difference, especially in smaller communities where it is so little. And, when it goes to assist young people to get an education, it is not just an economic boost but a contribution to our country’s future.

Sadly, others are not thinking about the near future; they talk of returning to Africa but actually allow themselves to be caught in the 40/40 trap: work forty hours a week for forty years and then they will die poor and still trapped in America or whatever country in which they live.

Often those people who are working so diligently are active members of their local South Sudanese communities. They take part in the festivals and contribute to the fund-raisers. Sadly, they have not thought ahead and have not planned how to get the most good from the money they contribute. They have not considered investing in small businesses back in South Sudan.

They are not contributing to local infrastructure efforts such as building schools, health clinics, and fisheries. They are no looking for ways to help the agriculture back in their home villages, for example by digging better wells or helping their families to see beyond cattle raising as a form of development. One of the things that local communities in other nations can do that would be particularly helpful would be creating community associations that have legal standing as companies back home in South Sudan. Then those associations could become active agents in local economic development.

When community associations in the diaspora become economic agents back home, they can hire staff, which means helping those who have studied to use their educations for good. It also means that there is leverage to push local communities towards change as the shareholders and hire some people with experience to runs these companies , and by doing so we can realize  the great benefits that will come out of this projects interim of jobs curation for the local and help in changing the future of our nation, we can’t leave everything for the government to do or wait till things get better before we think of doing our part, and in many actions it has been proven that the government is not a solution but rather the government is the problem, therefore we must go around it and  develop our nation with the resources we have, and also by doing the above mention project you will be securing your future and the future of our children’s, financially, second to that the first generation can start to come home and utilize the experiences gain in states in helping our people, am not here talking about government jobs but rather talking of doing the work for private business in the field of your choices, and by the way many like me have taken that decision and made the joinery home and start using the experiences learned, in all areas like media, and health sector and NGO’s and business entrepreneurs, and aviation fields etc.

As a result, I can say without a doubt that our contribution as a returnee from Diaspora has made our country little better than we found it, and I will like to encourage the government of South Sudan to engage the Diaspora and find the ways, to utilize the human resources and financial contribution of the Diaspora and create a diaspora department that can help channel in all the efforts, and make diasporas contribution in nation-building more effective.

The second group I will call them the second generation South Sudanese American, and those are the one born and went to school in America and know nothing about South Sudan other than the stories they hear from their parents or from the community events, we will be doing them a great service if we start to teach them South Sudan’s native languages and the history and plan for them to visit home once in awhile and this will impact them greatly, and in turn they will be of greater help to our nation in the future, and the evidence is there, just look to the State of Israel today and how powerful it is, and it’s all because of the Jews American and their present in all level of American government and business and their tight connection to Israel , so let help our kids to achieve their American dreams while knowing about their heritage, and where they came from  because it help Sharpe them for future and President Obama example  is not far away and how is connection to Africa and his first visit to his father home in Kenya help him and make him feel proud about his family history, please read his book ”The Dream from my father” adding to that we can see country like Ghana has open the doors for the African American who want o t return to African and give them home, since they don’t know from which part of Africa they were taken during the slavery time, and we  can avoid that dilemma for our kids since we all know our history and passed it down to them, and it will not be a bad idea for Diaspora to create a data  base web for South Sudanese that will have all the families information’s from the family tree and the day of arrival to States, etc. 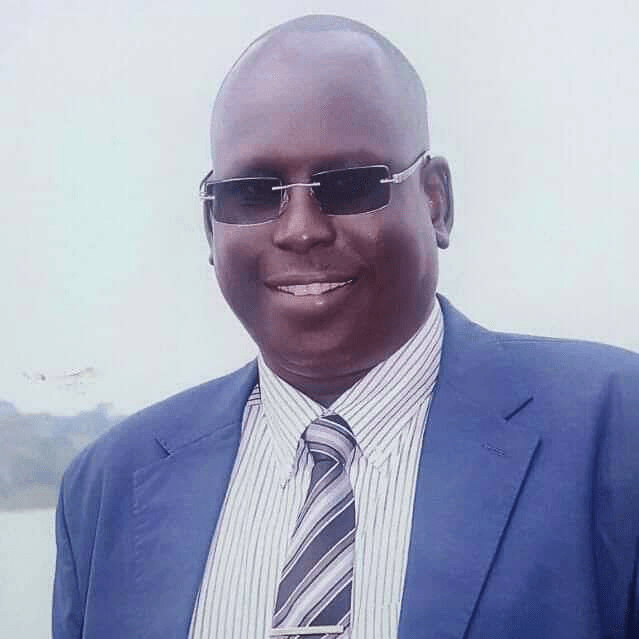 By doing so, we will be helping the next generations of South Sudanese and keep them connected to the motherland. Finally, some of the great benefits of returning home that I enjoy very much with the other from Diaspora that returned home are eating all fresh and organic foods and drinking milk and eating the honey; we are really the land of milk and honey as stated in the bible. Let’s all work in Diaspora and back home for the betterment of our nation and play our small roles and may God bless South Sudan.

Finally, as those new economic entities come into their own, the members from around the world will have an opportunity to return to their homeland and to take part in that activity. This means that the skills our people have learned in other countries will now have a role in South Sudan.  As the people of the diaspora become more economically and socially active, that will in turn bring pressure on the governments in Juba and the various states to work towards change and growth. The voices of our people will be magnified by our actions.

Of course, many of the diasporas don’t know our motherland. Their parents had left during the war years, they were born in other countries. They are the second generation South Sudanese Americans, Canadians, Australians, etc. What do they know of South Sudan? We have a responsibility to teach them their/our heritage. We have a responsibility to not only tell them our stories and teach them our languages and songs but also to encourage them to return to their homeland and to be connected to our nation. It is important to know who one is and from where they came as part of knowing the dignity of life.

Chol Ayuen is Former Secretary-General of the SPLM Chapter of Arizona from 2006-2007, a member of the First SPLM diaspora conference in Juba 2007, and Currently a managing Director of Zas Juba Ltd. Mr. Ayuen holds a Bachelor of Law from Cairo University Khartoum Branch.