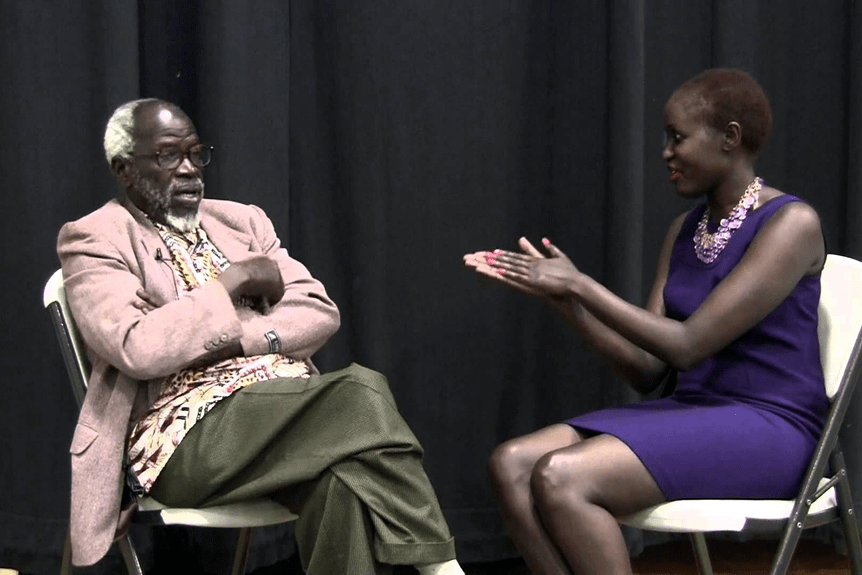 A look at the literature of South Sudan and the Republic of Sudan available in English.

Until recently Sudanese literature (both South Sudanese and from the Republic of Sudan) was in the form of oral stories and narrative poems. Since South Sudan’s official language is English, and it is also one of the Republic’s official languages, Western literature was influential for Sudanese writers. However, South Sudan also recognizes many indigenous languages as national languages, and the Republic’s other official language is Arabic. This means that Sudanese literature has also been influenced by Arabic literature. Here are some of the best Sudanese novels translated into English:  Travelling with Djinns by Jamal Mahjoub tells of a journey a boy and his father, Yasin, take across Europe on the way for the father to divorce his wife. Yasin is half Sudanese, half English, and fights with the feeling of being both an insider and outsider in Europe. Similar to Mahjoub’s novel is Tayeb Salih’s in Season of Migration to the North, an inversion of Joseph Conrad’s voyage in Africa.

Having been shortlisted for a number of prizes, including the Orange Prize and the Regional Commonwealth Writers Prize, Leila Aboulela’s Lyrics Alley is told with a number of narratives, and follows an affluent family’s lives during the end of British colonialism in Sudan and the divides this, as well as ethnic and religious divides, causes.
The first African to graduate from the University of Iowa’s writers workshop in 1968, Taban Lo Liyong is one of Africa’s best-known writers. His play Showhat and So what, tells the story of two families at odds after the daughter of one family falls pregnant to the son of the other. The play contrasts the difficulties of adulthood with the innocence of childhood to explore a number of issues and is often considered Sudan’s Romeo and Juliet.

They Poured Fire on Us from the Sky by Benjamin Ajak, is the autobiographical tale of three boys escape from Sudan during the civil war, traveling through Ethiopia and Kenya, where they sign up for a program to move to the United States of America, only to arrive during the events of 9/11.

Tarek Al-Tayeb’s Cities Without Palms tells the story of Hamza, a young man who moves to the city from his small Sudanese village to find work in order to help look after his mother and sisters. Hamza’s journey takes him from Egypt to Europe, where he discovers the bleak reality of poverty in both the developed and developing world.