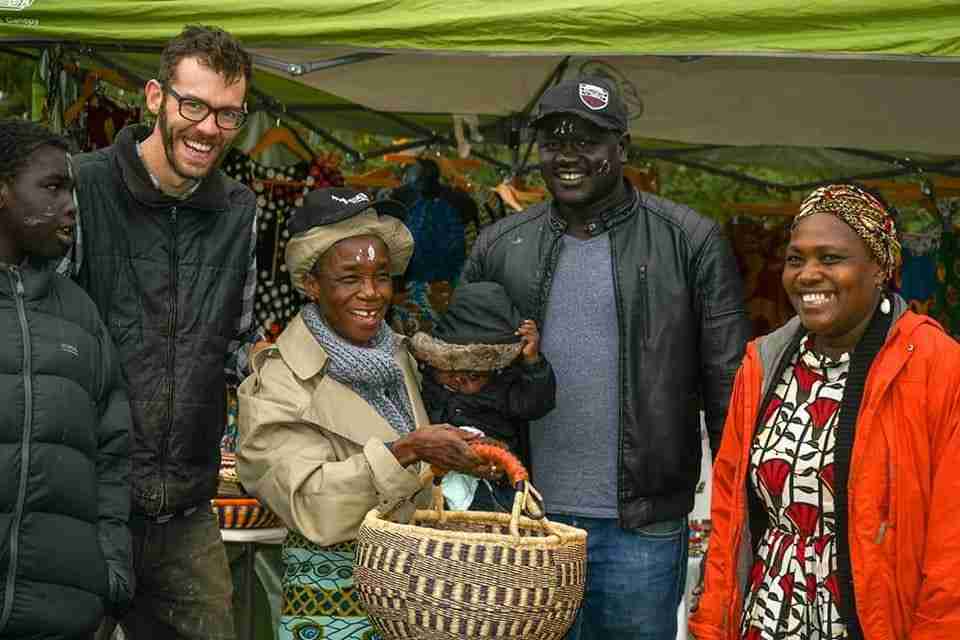 Thank you for participating in our interview for Ramciel Magazine Ramciel: What is the United African Farm?

Thuch Ajak: We are a community-based initiative in Melbourne, Australia, dedicated to growing food that matters for Australians who have come here from Africa.

Ramciel: What do you mean “food that matters?

Thuch Ajak: First, we want to grow crops that are commonly found in our homelands but are not readily available in the shops here in Australia, foods like okra, molokhia (Egyptian spinach), and cassava. Second, we want the food to matter to our members because they have been part of the growing process by volunteering to prepare the soil, sow, weed, and harvest. Even more importantly, these crops matter because we involve our children in the farm. We want our youth to learn how food is grown and we hope that some of them will go on to find employment in agriculture.

Ramciel: In a way, this is like our homeland where the elders pass on traditional knowledge of farming and animal husbandry to the youth.

Thuch Ajak: Indeed; that has always been one of our goals. We want our children to understand that agriculture is a tool for economic, social, and political growth as well as a way to connect us one to another across regions, tribes, even nations. The soil is the mother of us all.

Ramciel: How did the United African Farm come into being?

Thuch Ajak: I met Mama Queyea Tuazama, who came to Australia ten years ago from Liberia. We were attending a workshop on growing garlic. She told me about a piece of land she had acquired from a farmer. She and I invited a few friends to join us, and the United African Farm was born.

Ramciel: So from the beginning this was a pan-African project.

Thuch Ajak: Yes. While at home we are so aware of diversity and the many cultures of our people, in the Diaspora we often think of ourselves as one tribe, one people. Within that sense of oneness, we still try to keep our individual cultures alive and pass an appreciation of them on to our children by holding festivals and celebrations. I see the United African Farm as a way to keep our traditions alive.

“We Teach The Importance of Farming!” 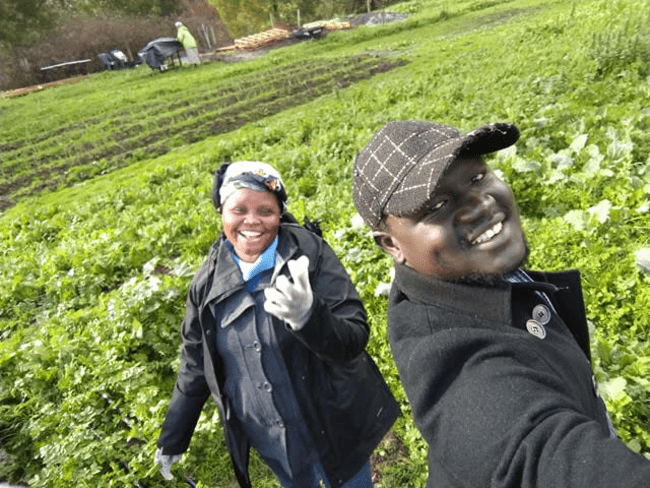 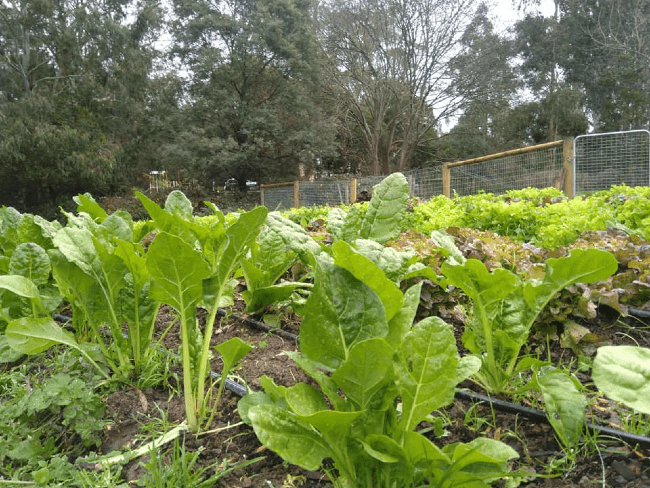 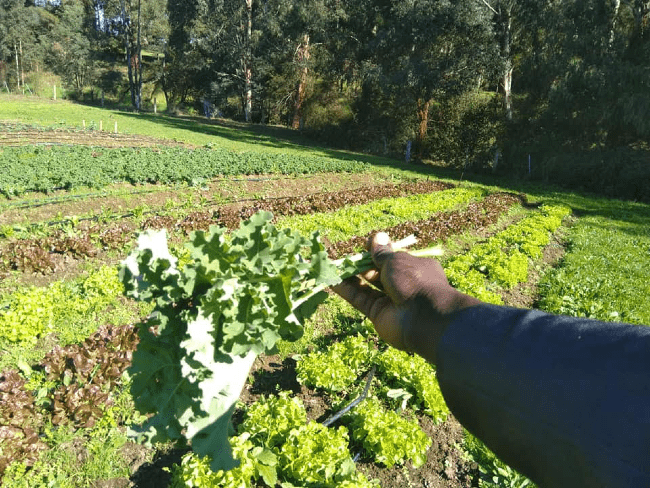 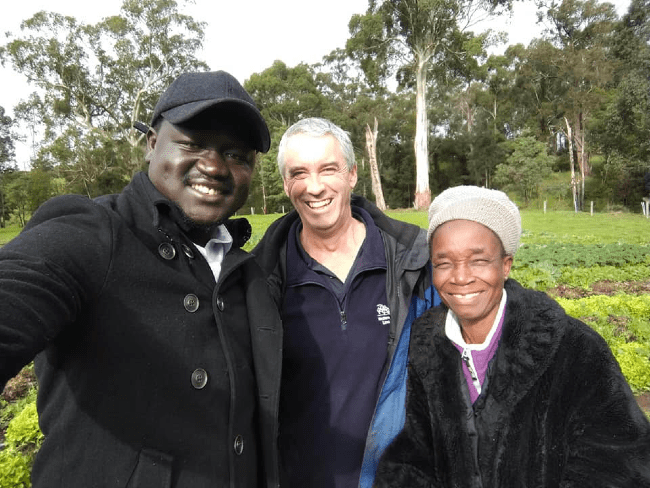 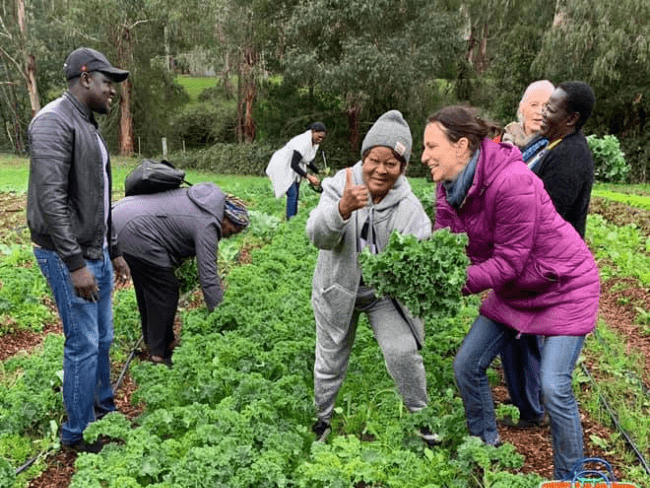 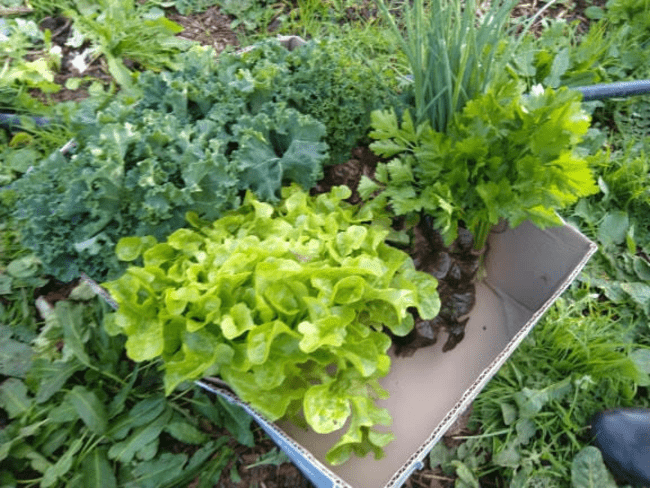 Ramciel: It sounds like you get great pleasure from your work with the farm?

Thuch Ajak: My greatest joy is that the farm brings Africans together irrespective of their age, gender, religions, or cultures. It also gives us a way of growing our own food, especially the delicacies we have missed from home.

Ramciel: What is the most difficult part of this project?

Thuch Ajak: You might think that the farm work is the most difficult, especially since we do much of it using hand tools. However, the real job is getting people to turn up and volunteer. Sometimes, it feels like I spend all my time chasing after people. Still, once they do get into the fields, see the crops, and get their hands in the soil, you can see the pleasure in their faces. At those moments, the work is well worth it

Ramciel: Do you personally feel that connection to the crops and the soil?

Thuch Ajak: Absolutely. I started farming as a refugee at Kakuma. We had fields around the borehole zone near Kakuma 2. That was when I was in primary school. Later on, I pursued a degree in agriculture at the University of Upper Nile. That was in 2013. For me, agriculture is fun. It is also life. The art and science of caring for the land, crops, and animals is the noblest thing that humans should do to Mama Earth. I feel blessed and happy to have taken this journey.

Ramciel: Is African Farm sustainable? Will it continue over the years?

Thuch Ajak: That’s the plan. We are producing crops which can be sold to pay workers, offer volunteers some incentives, and buy tools. Our long-term vision is creating a cultural space for our kids and everyone, somewhere you can find African food, culture, and unity. There is a lot to do, but I think we can make it work. Right now, most of the work is done by volunteers. We go out and beat the drums to get community mobilization. Currently, there are two paid positions at the farm and we are seeking grants to help us grow.

Ramciel: Do you have livestock on the farm?

Thuch Ajak: Not yet. Of course, raising animals is a big thing in many African cultures, and someday we hope to have those animals here. Our first livestock will be beehives. We hope to train some young apiculturists and possibly to produce some honey for our community. But for now, we only have vegetables.

Ramciel: This is an “African” venture; are there other groups or nationalities that do communal farming here in Australia?

Thuch Ajak: Yes, there are other community gardens. What makes us unique is that we have members from ten African countries.

Ramciel: Are you receiving outside support?

Thuch Ajak: Many individuals and organizations have been helping us. Many farmers have opened their land to us so that we can see how they are doing things and some have donated tools to our organization. Currently, we are lobbying for government support.

Ramciel: Does the fact that the African Farm is in Australia rather than in Africa create any challenges.

Thuch Ajak: The climate is different. Of course, Africa is a huge continent with many climate zones, but for me, I come from a far more tropical climate than we have in Melbourne. That means that we have only a small growing window for crops that in Africa may be planted more than once in a year. Also, climate change is affecting us. Drought is common here in Australia, and that means we have to adapt. One of our challenges is to teach the children not only how we used to grow things in our homelands but how to adapt to the changing world.

Ramciel: Thanks for taking part in this interview. Is there anything else you would like to say in closing, perhaps something to people in other areas who might wish to start a project like the United African Farm?

Thuch Ajak: As you know, most Africans come from an agricultural background. When we come to the Western World we often lose that connection to farming. We don’t have access to land and we don’t teach our children to value the soil. There is always a connection between the soil and humans; it is therapeutic to maintain that connection. Not only is farming about growing healthy food but it is also about nurturing our souls and our mental health.