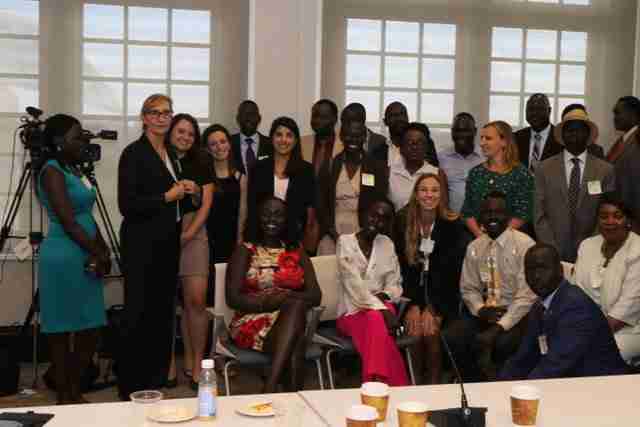 After gaining independence in 2011 from Sudan, South Sudan relapsed into brutal internal conflict in December 2013. Just six years later, the world’s newest nation is now at a critical juncture. Ethnic relations have exponentially worsened, leading to suspicions and mistrust amongst the communities, and the consequences are far-reaching.

Revitalized Agreement on the Resolution of the Conflict in South Sudan

The information that they choose to share online, via phone, and through social media is a direct line to their family and friends within the country. The polarization amongst the diaspora within the United States is a crucial concern that poses a challenge to bringing sustainable peace and reconciliation to South Sudan. Although it is imperfect, the Revitalized Agreement on the Resolution of the Conflict in South Sudan (R-ARCSS) was signed in Addis Ababa in September 2018. However, at this stage, the most pressing issue for the South Sudanese in the diaspora is how can they contribute to bringing peace to South Sudan rather than further dividing the country.

The role of the diaspora is critical to both stopping the violence and adding the ongoing peace process, as witnessed during the 2011 referendum in which the diaspora mobilized and overwhelmingly voted for separation.  Therefore, in the interest of peace and reconciliation in the diasporas, a diaspora dialogue aims at promoting inclusivity and durable reconciliation was initiated by the Council on South Sudanese American Relations. The goal was to create a more suitable platform where members of the diaspora would have civil discourse about the 2013 conflict. 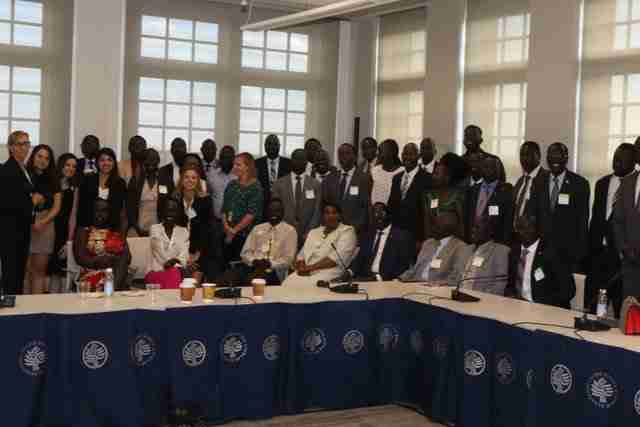 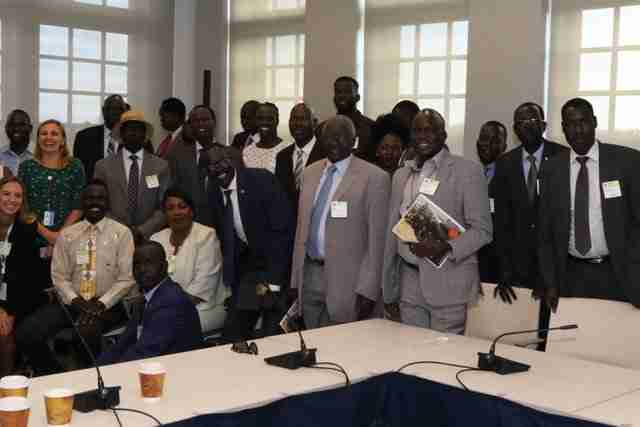 Through this project, a core group of ten diaspora leaders received certification training for dialogue facilitation at the United States Institute of Peace. The USIP works with the diaspora facilitators to develop a conceptual framework that is a guide for each dialogue. That shed light on the different factors influencing the diaspora’s lack of contributions to peace in South Sudan.  The dialogue aims at enhancing civil discourse with the ultimate goal of advancing social cohesion and social stability through fostering collaborative discussion with participants. These activities are carried out through the lens of four schemes; training on civil communication between people of different tribes, Social media, and the impact of hate speech and cyber-bullying. Reconciliation and forgiveness, and Community acceptance.

In order to deepen the understanding of disunion among the diaspora communities, the South Sudanese diaspora dialogue was design using the USIP training manual but adding a creative metric of implementation. The approach aimed to cover in detail topics related to community reconciliation and forgiveness, as well as to focus on trauma and truth building. The USIP training guide illustrates theoretical and pedagogical questions and methods on community dialogue design using relevant examples from previous community dialogues.

Participants credited the dialogue process for educating them about the impact of hate speech and cyber-bullying on social media. They also acknowledge the importance of civil discussion concepts, which encourage the community and religious leaders to speak to one another about issues facing the diaspora community. The dialogue also shows a positive impact on community leaders by demonstrating that differences or conflicts among community members can be managed and resolved peacefully.  This program also helps participants promote the community’s relationship in the sense of being heard and understood while gaining new insight and understanding of the perspectives of others.

DIALOGUE ACTIVITIES: Participants at each of our dialogues were divided into small groups to discuss the processes and principles of dialogue. Each group was asked to take one or two elements and discuss them to come up with detailed responses. During each dialogue, the partakers were not more than 6- 12 participants.

KEY FINDINGS: Conversations revealed essential insights on trauma and community challenges facing the diaspora.  In all, we heard from more than 700 participants about how to best promote social cohesion while addressing challenges face by the diaspora community. While the ideas were voluminous, common themes emerged:  A base level of anxiety regarding the future of South Sudan The effects of war and its challenges on Diaspora populations repeatedly surfaced. Uncertainties and troublesome decisions in the political realm compound this base level of anxiety felt across the communities.

Across the board, participants from each of the dialogue expressed a desire to form the “South Sudanese Community Association.” The associations will be a task with responsibilities to help built community trust and hold and find ways to help South Sudanese learn to participate in their communities. Also, to help South Sudanese Americans assimilate into the secular American society. Moreover, participants and community leaders promise to continue the dialogue in their local communities with supervision and support from the USIP and CoSSAR trained facilitators.  CoSSAR and its facilitators will help create the selection guideline for community election focus mainly on tribal diversity, gender diversity, and familiarity with IRS non-profit operational requirements in the U.S.

Increased focus on building community trust Where people live is at the core of their daily lives. Formations of community association will provide safe community environments where members could enjoy common refrain. Participants focus on the discussions about the concentration of building a people-to-people reconciliation approach to conflict prevention, mitigation, management, and peacebuilding in South Sudan. The idea is to help reinforce awareness of compounded conflict disparities across tribal, ethnic, and socioeconomic lines amongst the diaspora’s communities.

Need for shared information the Roundtable forums highlighted the never-ending need for frequent communications. At points throughout the dialogues, participants revealed they were not aware of how negatively their social media activities were affecting fellow South Sudanese in other communities.

While some spoke explicitly about the need for continuing dialogue between communities’ leaders,  others talked about how such an initiative could better tell the story of trauma as a health issue. Social media is critically understood as prized and necessary for increased collaboration.

MAIN THEMES: While common themes emerged throughout our listening, there were also clear takeaways from each dialogue that comprises places where dialogue took place. Each had unique issues and ideas on how to collaborate and address concerns about bringing sustainable peace to South Sudan. A full list of “big ideas,” developed by participants at each forum, is listed in its entirety will be published when this initiative has ended.

What We Heard: The following feedback and recommendations, specific to facilitators, were derived from a dinner meeting with community leaders and community dialogue forums.  Sharing of community dialogue feedback Participants asked how facilitators would share and use the information generated by this dialogue process and requested the results to be summarized and shared with the public.  In addition to creating this report, participants requested updates with the key findings.  Feedback gleaned during community forums will also be a key component of determining our 2019- 2020

Phase II dialogue agenda and helped inform our theory of change. Finally, it is impossible to sufficiently capture the level of excitement that dialogue participants expressed for their respective communities. Although the Council on South Sudanese American Relations thoroughly understands the strength of community dialogue,  part of the effort is to encourage the support of ARCSS. CoSSAR team works tirelessly to connect members and community leaders to deeply engaged in support for peace and democracy in South Sudan. We encourage our community leaders to explore new ways of building partnerships with leaders of other tribes and collectively support peace in South Sudan. As a foundation, The Council on South Sudanese American Relations (CoSSAR) plans to support all diaspora community leaders in order to give peace a chance in South Sudan.

In order to find ways to align diaspora voices and make a more significant impact in bringing people to people reconciliation, these community dialogues will continue to convene throughout the US. The diaspora dialogue will continue to be a meaningful platform for interaction between members of different communities and is an essential ingredient that ignites a culture of peace and reconciliation in our country. These dialogue and civil conversations are vital to breaking down barriers that divide the diaspora community. All who attended these gatherings in this process expressed appreciation for meaningful conversations around trauma health, reconciliation, and peace in South Sudan.