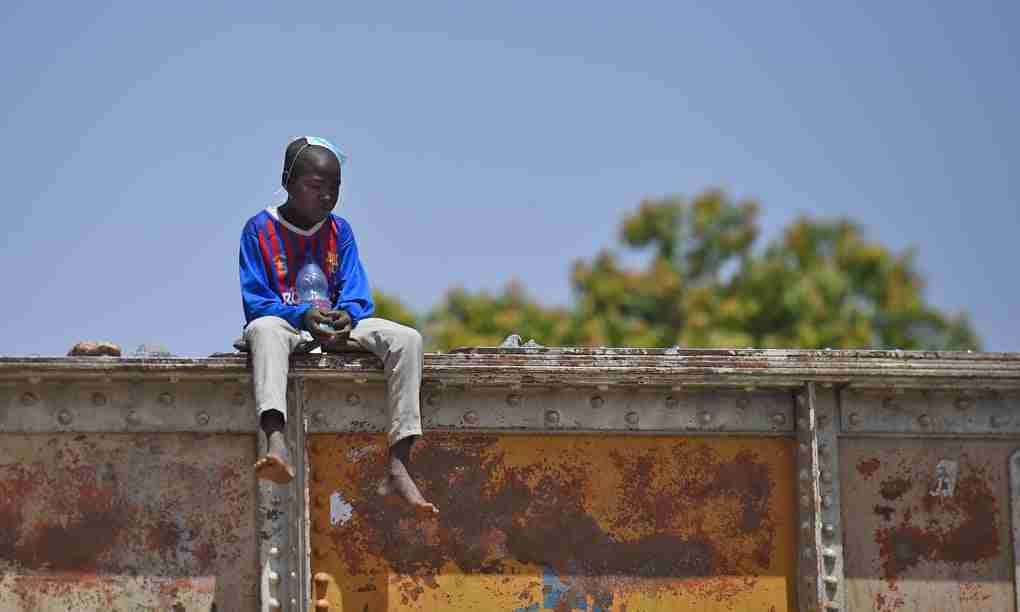 Despite 30 years of repression that have hit writers unusually hard, Sudanese literature remains vigorous. Here is some of the best available in English

I was lucky to grow up in Khartoum in a house filled with books, at a time when Sudan’s public libraries flourished. One of the most startling discoveries I made as a child of about 13 was finding a couple of Tayeb Salih’s books on a shelf at home. Until that moment, I thought literature was something that took place elsewhere – in Dickens’s England or the Latin America of Borges, say. But here were stories that described the world right outside our front door. It was a moment of revelation and stirred the idea that it was possible to write.

I have now been writing books for longer than I care to remember, producing novels about Sudan’s history and strife, our heliocentricity and identity. These include crime fiction (as “Parker Bilal”), most recently The Divinities. But A Line in the River is really the culmination of them all, the result of 10 years’ writing and research. It documents my return to the place where I grew up and then was forced to flee after the 1989 coup. It explores past and present in the light of national dreams of independence, and ends with the 2011 breakup of what had been the largest country in Africa.

The last 30 years have been difficult for Sudanese artists of all kinds – among them musicians and painters, but particularly writers. The 1989 coup triggered an exodus. People left to settle in Cairo and the Gulf, North America and Europe, even Japan and Australia. Inside the country, a new generation of writers has since grown up in the shadow of repression. Despite these difficulties writers have continued to work and publish, both within the country and abroad. In a climate where newspapers are regularly censored, journalists detained and print runs seized, books have remained cherished items to be passed around with reverence.

Most Sudanese literature is in Arabic and so, to many readers, the country remains an enigma. The volume and quality of translators has increased in recent years but their rarity still poses an immense challenge to reach an international audience. Aside from the odd writer working in a European language, much of what is available is written by people passing through; academics, adventurers, diplomats, and aid workers. Altogether, it adds up to a collage that is incomplete and warped. There are signs that perhaps this is changing. Meanwhile, here are some of the best books about Sudan available in English.

1. Season of Migration to the North by Tayeb Salih
The first book to spring to mind when people think of Sudanese literature. First published in Beirut in 1966, it is often hailed as a classic of modern Arabic literature. Salih’s novel remains an enigmatic work that is difficult to define. Lyrical descriptions of idyllic rural life beside the Nile, including ribald discussions about sex, compete with harsh accounts of London. In some ways a reversal of Conrad’s Heart of Darkness, Salih’s character travels to Europe and discovers the dark heart of his soul there. It remains one of the most enigmatic works of post-colonial fiction.

2. Prison Notebooks by Ibrahim al-Salahi
The first African artist to have a retrospective at the Tate Gallery, Salahi’s work is rooted in the idea of creating a new vernacular in response to western art. What he found was a way of infusing African tropes with European concepts in an attempt to liberate art from imitation. Imprisoned in Sudan for his political views, Salahi’s notebooks contain some of his most poignant images, combined with reflections on being incarcerated for voicing an opinion. 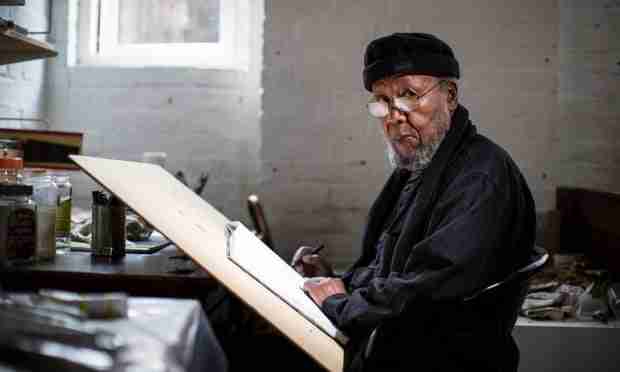 Ibrahim al-Salahi pictured at his Oxfordshire studio ahead of the Tate retrospective in 2013. Photograph: David Levene/The Guardian

3. The Book of Khartoum: A City in Short Fiction edited by Ralph Cormack and Max Shmookler
A new collection put together by two translators offers readers a vivid, and overdue, introduction to life in the capital through the eyes of a range of writers, many of them appearing in English for the first time. It is a chance to sample a range of different styles and approaches.

4. The Grub Hunter by Amir Tag Elsir
Elsir appears regularly on big literary prize shortlists, notably the International prize for Arabic fiction. The Grub Hunter is the tale of a former agent of the security services in Khartoum who decides he wants to write a novel then finds himself the object of suspicion by his former targets. By turns funny and moving, it captures the absurdity of modern life under the intrusive eye of a repressive regime. 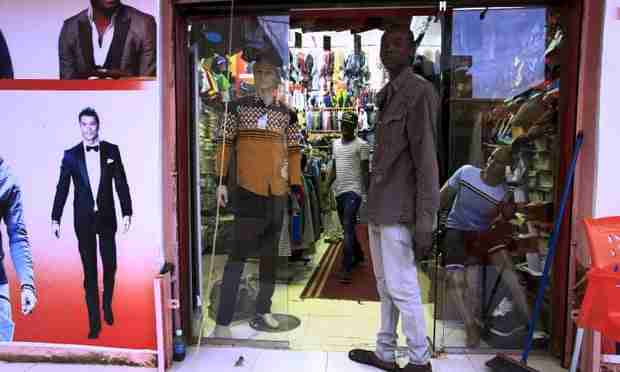 5. The Sudan Handbook edited by John Ryle
One of the most comprehensive introductions to the country’s history, both ancient and modern. This book brings together some of the most authoritative writers on a wide spectrum of subjects; ranging from Islamism to slavery and much more. If you want to understand Sudan this is a good place to start.

6. Darfur: A New History of a Long War by Alex de Waal and Julie Flint
Alex de Waal is one of the most highly qualified authorities on Sudan’s recent political history and there are a number of books to choose from. This is one of the most straightforward and concise accounts of the conflict in Darfur. Co-written with the film-maker and journalist Julie Flint, who has also spent a lot of time in Sudan, it takes in history, ethnicity, politics and climate change.

7. Bakhita by Veronique Olmi
This novel reimagines the remarkable true story of Josephine Bakhita. Forced into slavery as a child in the late 19th century, Bakhita was later beatified in Rome to become one of Africa’s first Catholic saints. Olmi’s novel, originally written in French, was shortlisted for a number of prizes in France, including the prestigious Goncourt.

8. Khartoum at Night; Fashion and Body Politics in Imperial Sudan by Marie Grace Brown
Numerous books by ethnographers and anthropologists seek to define the Sudanese by their traditions and practices. Many of these, while well intended, end up forcing the people into the rigid framework of a museum display case. This is something of an exception, in that it examines the role played by the emergence of women at a crucial moment of change. It could almost be seen as a corollary to Salih’s novel. Portraits of legendary figures such as Fatima Ahmed Ibrahim, a leading light of the Sudanese communist party, stand alongside developments in dress codes and other innovations that allowed women to express themselves over the decades of imperial rule and beyond. 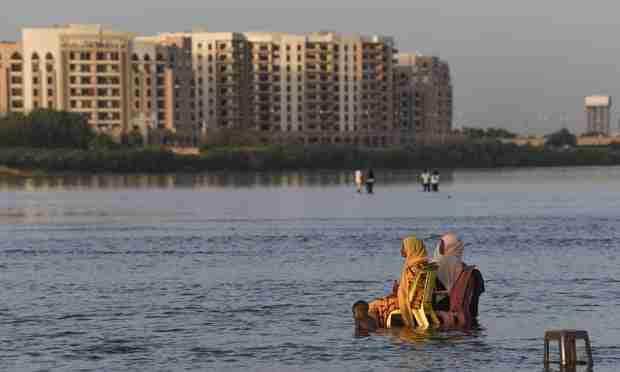 Sudanese families gather by the shallow waters at Tuti Island in Khartoum, where the Blue and White Niles meet to become the Nile river. Photograph: Ozan Köse/AFP/Getty Images

9. Thirteen Months of Sunrise by Rania Mamoun
The first translation of the young writer’s work is this intriguing, if rather slim collection. The short stories here comprise accounts of Khartoum life, its daily trials and tribulations. There are also some more interesting ventures that take a playful approach to experimentation. Mamoun has already published a couple of novels and perhaps we might see some more of her work in the future.

10. Modern Sudanese Poetry: An Anthology edited by Adil Babikir
No list of writing from Sudan would be complete without poetry, and this is a well overdue collection. The excellent selections cover the last six decades and include most of the classical names such as Mohammed_Abdul-Hayy and Mahjoub Sharif, as well as some of the younger writers working today. It fills a yawning gap and, hopefully, will inspire others to pursue the same course.

• A Line In The River: Khartoum, City of Memory by Jamal Mahjoub is published by Bloomsbury. To order a copy, go to guardianbookshop.com. Free UK p&p for orders over £15.

• This article was amended on 26 May 2019 to correct the spelling of Max Shmookler’s surname.