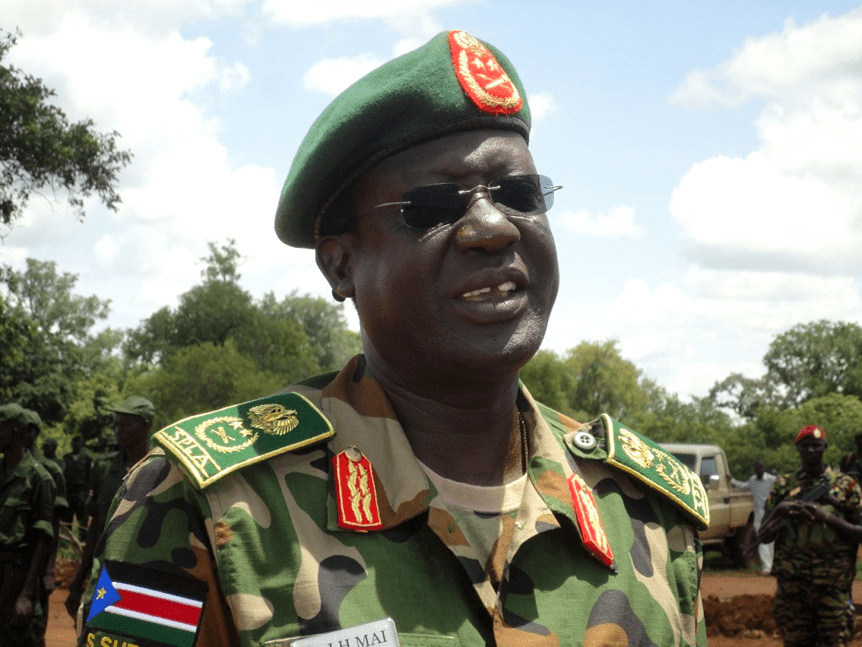 Ramciel Magazine congratulates South Sudan’s new Minister of Labour James Hoth Mai. For many years he has served as a general in the SPLA and subsequently the South Sudan Defense Force. Always loyal to the goal of an independent and united South Sudan, Comrade Hoth Mai has served our homeland since the beginning of the struggle in 1983. Respected by all tribes and regions because of his efforts to bring people together and to build mutual respect and support, our new Minister of Labour is exactly the kind of political leader we need. A man of integrity, honor, and dignity, Hoth Mai deserves our respect and support as he works to create jobs and to work with President Kiir and the rest of the cabinet to improve the nation’s economy.

Because as a military leader and a political figure, Comrade Hoth Mai has worked so hard to bridge differences and built alliances, he is close to South Sudanese from all over the country. He is what the Dinka call “ Thok thiank kek thok;” which translates as a goat that is closer to other goats. That means he is certainly a politician who can accomplish much. Who knows, someday he may even lead our country. For now, we at Ramciel send our congratulations and best wishes.