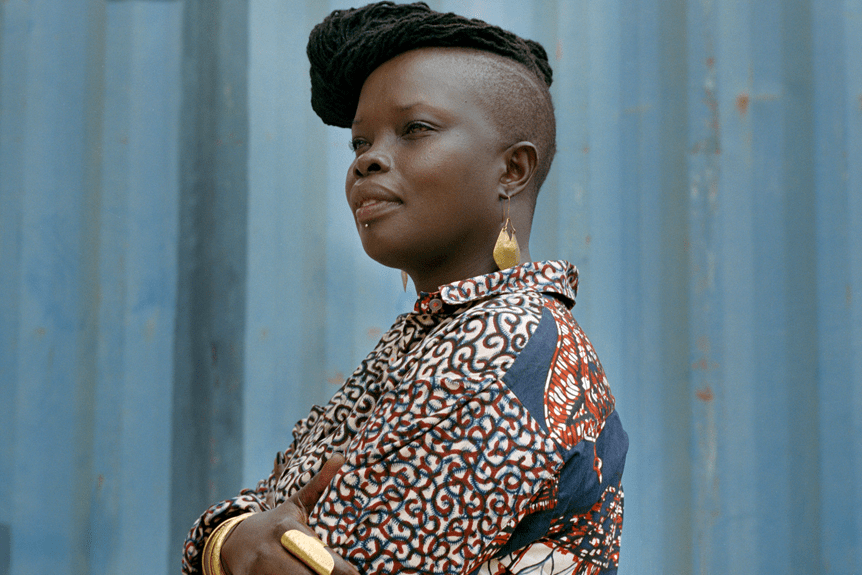 Years of conflict have torn at the seams of Juba, South Sudan. But the city’s people hold their heads high.

In South Sudan, street photography is essentially illegal. It is another casualty of the civil war. Young, fit, twitchy soldiers are everywhere, ready to crack down on anyone who pulls out a camera. No reasons are ever given and no laws are on the books specifically banning photography, but security services across the country have arrested photographers and roughed them up for taking even the most innocent pictures, like a shot of women baking bread.

It wasn’t always like this, but in the four years since the war broke out, scattering millions of people and unleashing unspeakable horrors, the South Sudanese government has become incredibly suspicious. In a country that has ripped itself apart by internecine conflict, anyone can be the enemy.

Stepping off a plane in Juba, the capital, you feel this tight-shouldered tension immediately. Sara Hylton, a Canadian documentary photographer who came here on assignment in August, had anticipated the hostility. What surprised her was the city’s bold style. 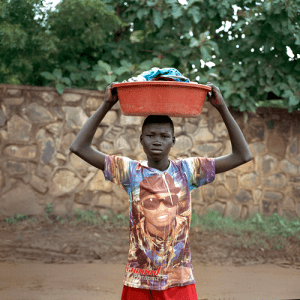 Togune, a Juba resident, wears a T-shirt that features his favorite Tanzanian musician, Diamond.CreditSara Hylton for The New York Times 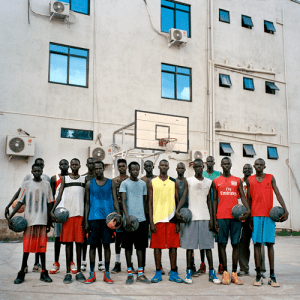 Basketball is a popular sport in South Sudan. Some players have advanced to the N.B.A., while others are content with pickup.CreditSara Hylton for The New York Times 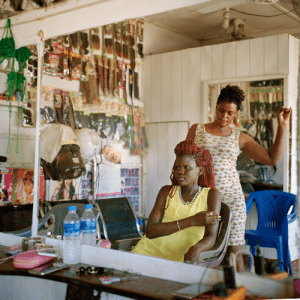 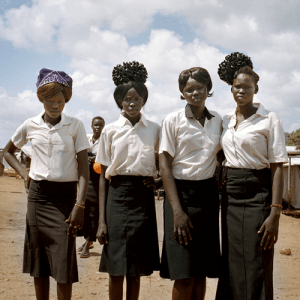 Young women in the United Nations Protection of Civilians site in Juba after church. More than 38,000 people are seeking shelter in the camp because of widespread insecurity across South Sudan.CreditSara Hylton for The New York Times 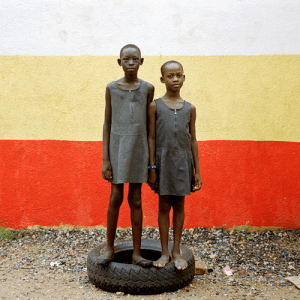 Beret, 9 and Aya, 8, at an orphanage in Juba where they are cared for and receive an education.CreditSara Hylton for The New York Times 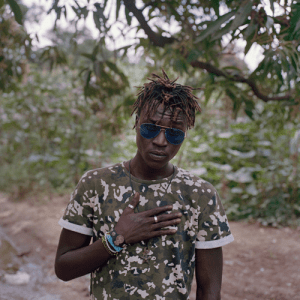 Crazy Fox, a popular musician, in a part of Juba he calls Jamaica. It is where he finds peace and inspiration.CreditSara Hylton for The New York Times Image 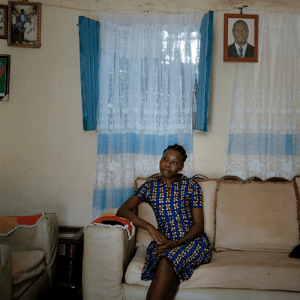 “The fashion industry is very young,” said Juana, a 24-year-old designer. “We don’t have something distinguishing us.” She believes that style is “not just clothes, it shows unity.”CreditSara Hylton for The New York Times 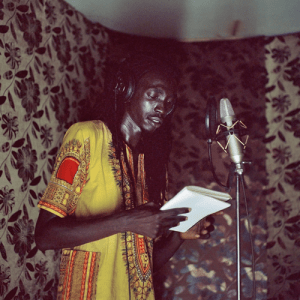 Manasseh Mathiang is part of the artist collective Anataban, which means “I am tired” in Arabic. The group uses theater, music, graffiti, poetry and other art forms to foster discussions about social justice, activism and peace. CreditSara Hylton for The New York Times Image

Amid all the shot-up buildings, fear and danger, she was struck by the great pride many South Sudanese take in how they look. She saw women in bright print dresses and chunky brass jewelry; some wore purple hair extensions. Men sported bleached dreads and sharply cut suits. There was a fearless sense of style that the war had not managed to kill off.

It wasn’t easy for Ms. Hylton to capture it because she couldn’t take pictures in public. She had to work off the streets, in safe spaces, in people’s homes, their backyards, their tiny, tidy shops. Sometimes, Ms. Hylton found, the nicer the space, the sadder the experience. Many South Sudanese carry their trauma quietly, and those who were trying to will away all the brutality and destruction around them seemed the most vulnerable. They were emotionally exposed in a place where so many dreams have been crushed.

Winnie, who runs a small boutique that sells dresses, purses and one or two paintings, seemed to be swimming upstream. The war has sunk Juba’s economy, and for the two hours Ms. Hylton spent in Winnie’s immaculate shop, where so much thought had been invested into every detail, not a single customer walked in.

“If I was living in this environment, I would have given up,” Ms. Hylton said. “That was the biggest surprise — that people here hadn’t given up, there was still so much hope.”

But there was also still so much sadness. It wasn’t always obvious, but it was there. As Ms. Hylton said: When you interview people, they often put on a brave face and tell you what you want to hear. But when you take out a camera and ask someone to stare into the lens, it’s different. An honesty is revealed. She especially felt this when making a portrait of Wokil, a comedian.

“His posture was very cool, he was trying to be very cool,” she said. “But you could tell he lived through some of the worst stuff.”

Just about everyone Ms. Hylton approached in Juba (she stayed away from soldiers) was willing to be photographed, including a group of young men playing basketball behind a primary school. If South Sudan has anything, it has height; the Dinka and the Nuer, South Sudan’s two largest ethnic groups, are considered among the tallest people on Earth. And basketball is the sport here, maybe even a ticket out. The former N.B.A. player Manute Bol, who died in 2010, grew up herding cattle in South Sudan and then made millions. Most of it he gave away, to South Sudanese rebels fighting for freedom. 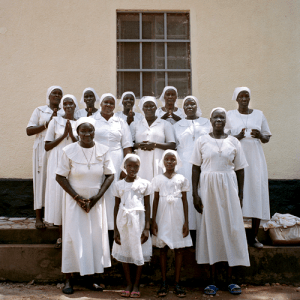 Members of the Legion of Mary, an international Catholic organization, outside St. Joseph’s Catholic Church in Juba.CreditSara Hylton for The New York Times 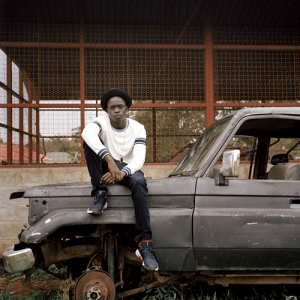 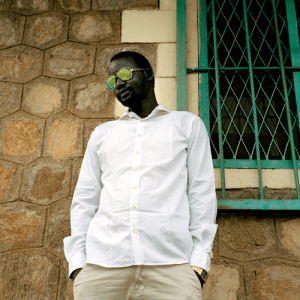 Madite, a musician with the artist collective Anataban, poses for a portrait before a performance aimed at spreading the message of peace.CreditSara Hylton for The New York Times 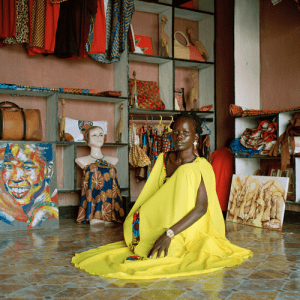 Winnie, a fashion designer, inside her boutique in Juba.CreditSara Hylton for The New York Times Image 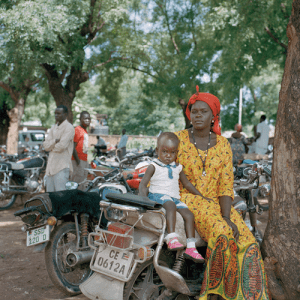 A mother and her daughter sit on a motorcycle while listening to a sermon outside of St. Joseph’s Catholic Church in Juba. CreditSara Hylton for The New York Times 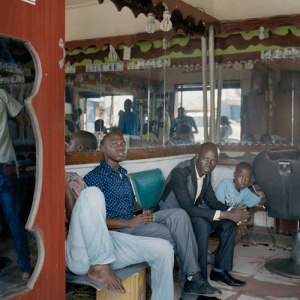 A barbershop in the bustling market area of Suk Libya. CreditSara Hylton for The New York Times 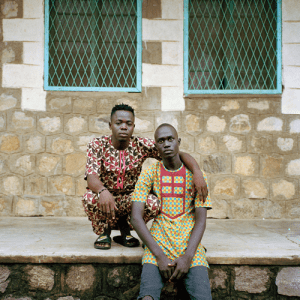 Silva, 24, and Eric, 20, wearing clothing made from traditional African textiles.CreditSara Hylton for The New York Times 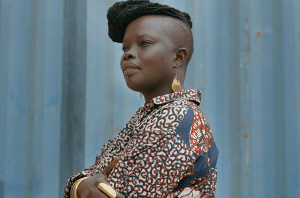 Before the South Sudanese Civil War broke out, Akuja de Garang, 41, would organize fashion shows and markets. But even in wartime, she believes that style is essential. “We all have to wake up in the morning and get dressed,” she said. “Whatever is happening, life has to go on.”CreditSara Hylton for The New York Times

For as long as anyone can remember, life in South Sudan has revolved around war. That’s as true today as ever. The endless military checkpoints across Juba and the marauding soldiers who prowl around every neighborhood make it impossible to go out at night.

So young South Sudanese have found a way to do what young people do the world over, just slightly differently. They pack into dark buildings during the bright, hot hours to groove to hip-hop and rap. These places are called “day clubs” (as opposed to nightclubs), and they allow Juba’s youth to hang out, meet strangers, dance, drink and forget for a moment what lies outside the club’s doors.

Crazy Fox, a popular dancehall artist, fled South Sudan for Uganda as a refugee. But after four years, he was “tired of running” and recently came home.

The war keeps spreading, engulfing other ethnic groups and new areas. It has killed more than 50,000 people, destroyed oil wells, farms, schools and hospitals, and sucked in countless children as child soldiers and then spat them out dead or mutilated. Many people fear what is ahead. It is etched in faces all across Juba.

Still, as death goes on, life goes on. Routine is a refuge, and many South Sudanese are trying to reclaim their lives. Ms. Hylton spent hours in barbershops and in salons where hair extensions hung on the walls like tools at a hardware shop.

“When you come to Galaxy salon, we can change you,” said the owner, Nadia Tushabe, with more than a touch of pride.

It may be hard to believe that a country where the per capita income is around three dollars a day, where three-quarters of adults can’t read and a 15-year-old girl has a higher chance of dying in childbirth than she does of finishing primary school, has any fashion or beauty industry at all. But it beats on, fragilely, in packed little houses and tin-walled kiosks lit by a single bulb.

“We don’t have something distinguishing us,” said Juana, a fashion designer. Her patterns are intensely colorful, and she hopes fashion can bridge the poisonous divides between ethnic groups.

Akuja de Garang is, after the model Alex Wek, one of the best-known names in South Sudanese fashion. Large brass jewelry and black nail polish are her signatures. Before the war, she used to organize fashion shows.

“Culturally people take pride in how they look,” she said.

War or not, the South Sudanese are like anyone else.

They want to look good.