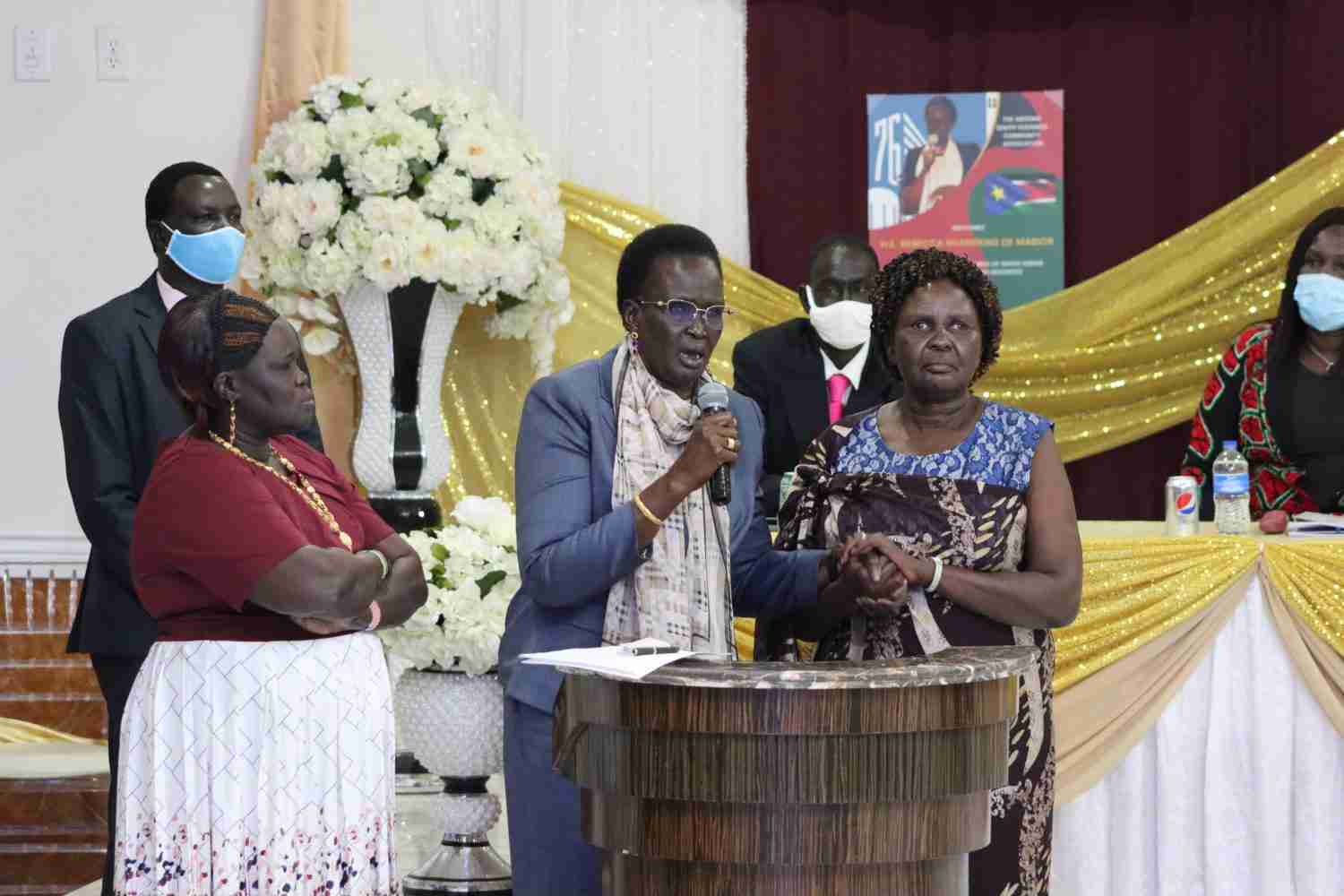 The recent visit of Vice-President H.E. Mama Rebecca Nyandeng de Mabior to speak on behalf of South Sudan at the United Nations General Assembly meant that she was also able to visit South Sudanese in Washington D.C, Omaha, Nebraska, and the Arizona South Sudanese community in Phoenix.

At the Omaha conference, there was some surprise that the national anthem of our homeland was not played. While Pastor John opened the conference with a heartfelt prayer that mentioned the words of that anthem and its references to God, the anthem was not heard. Most of us who attended figured that somebody had made a mistake.

No, they had not. As came to light when preparations were made for the Phoenix event, the Vice-President’s protocol officer was instructing people that the national anthem “could be played only when the President of the Republic is present.” Although playing the anthem was on the agenda for the reception, the organizers were told that was a “no-go zone.”

The M.C. for the event, Deng Atem, complied with those instructions, but the omission did not pass without attention. Many of the children, who were to perform dances and songs in recognition of the Vice-President commented that somebody must have made a mistake. Then Mama Umjuma Deng was called to make her remarks. She demanded that the national anthem be played. “We are South Sudanese, and we are going to Celebrate our National Anthem,” she exclaimed loudly. 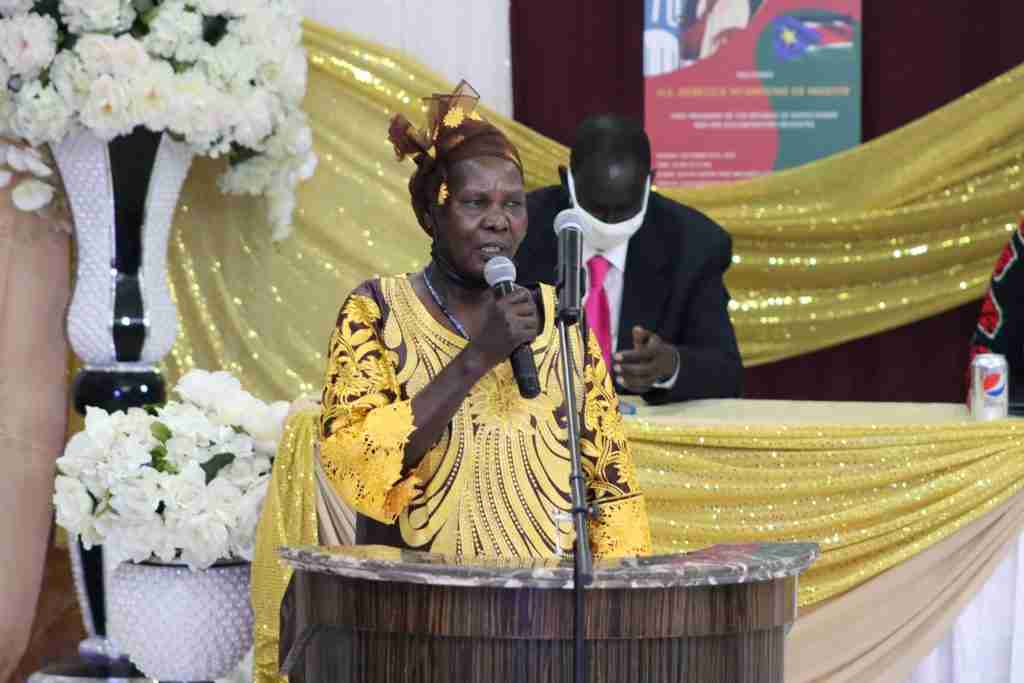 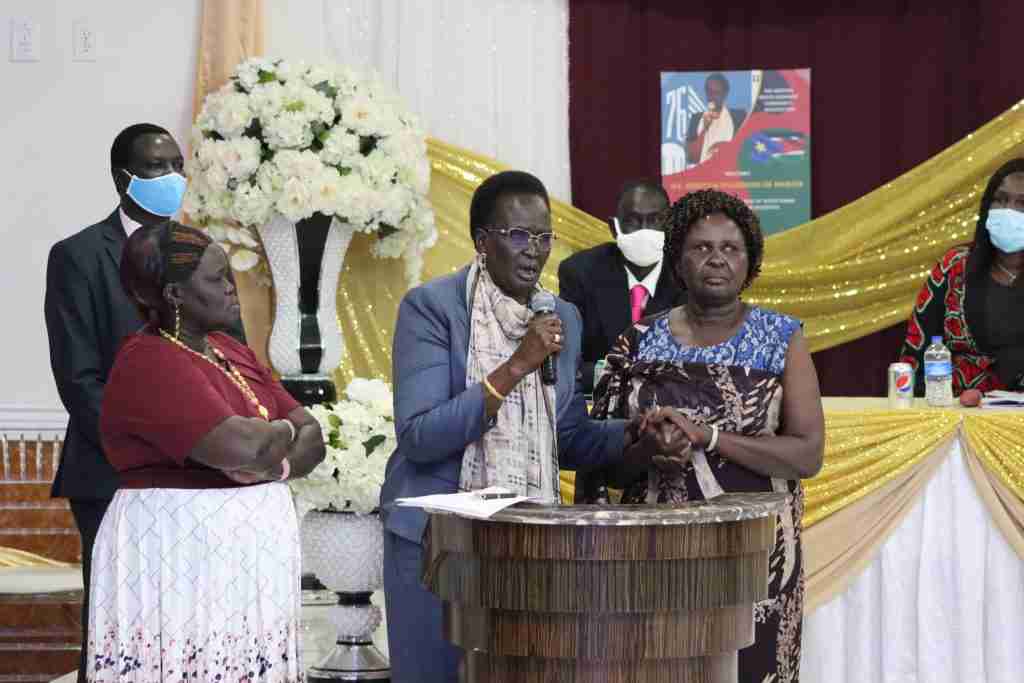 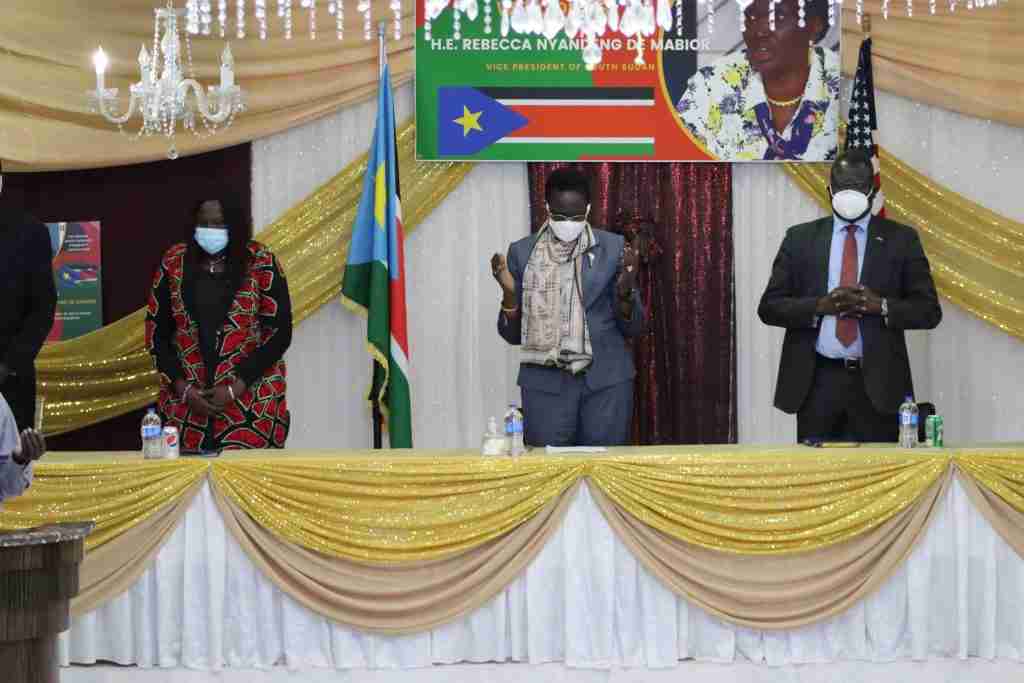 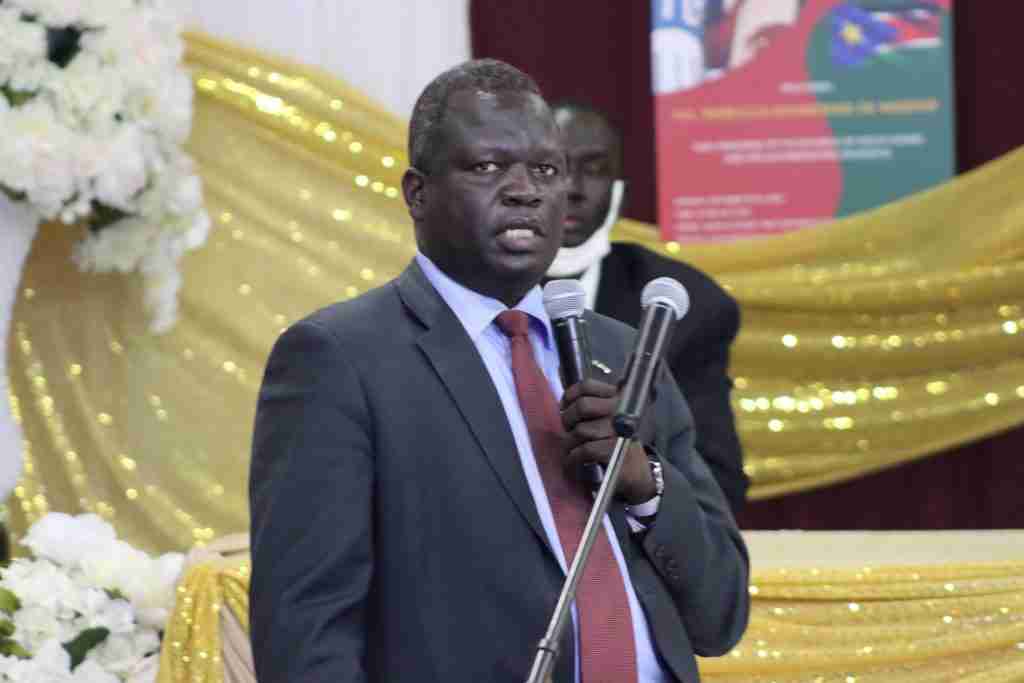 To the Vice-President’s credit, she recognized that playing the anthem was important to the attendees and she instructed the M.C. to have it played.

National symbols solidify the people’s pride. The South Sudanese national anthem should not be appropriated to one individual, not even the nation’s president. The recent visit of Vice-President H.E. Mama Rebecca Nyandeng de Mabior to Phoenix, was welcomed with joy by the Arizona South Sudanese Americans. It had been a long time since a high-level delegate from the government in Juba last visited Phoenix— six years ago, to be exact. Mama Rebecca’s visit was a time to express our pride as South Sudanese. It was not a time for anyone to lay claim to our national song, not even Salva Kiir Mayardit. On Sunday, October 10, 2021, the proper ownership of that anthem was clear; it belonged to Mama Umjuma Deng and to each and every one of us who loves South Sudan.